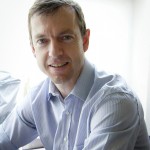 The ECB has already bought close to €1,800 billion of bonds. it is not possible to determine where rates would be today if the ECB had not engaged in its ‘quantitative easing’. It is possible, however, to ‘follow the money trail’ to ascertain how much was bought and by whom.

The European Central Bank (ECB) has recently decided to continue with its bond purchase programme of €60 billion at least until the end of this year. So far the ECB has already bought close to €1,800 billion of bonds. Many market participants believe that this buying spree has kept interest rates low. But if one looks at actual interest rates one finds that they have changed very little since the ECB began to buy government bonds in early 2015. This applies also to Italian government bonds whose current yield is little changed from nearly two years ago. But many things have changed in the meantime and it is not possible to determine where rates would be today if the ECB had not engaged in its ‘quantitative easing’. It is possible, however, to ‘follow the money trail’, i.e. to ascertain how much was bought and by whom.

What is commonly thought of as QE is actually only the third element, namely the programme to buy public sector bonds, which started in March/April 2015. The figure of €60 billion, which the ECB has kept as its target purchases for the remainder of the year, refers to the total of all bonds, not just government bonds.

The total of bonds held under the APP was thus €1,834 billion at the end of last month. Government bonds under the PSPP constituted, at €1,511 billion, the vast majority of this sum, but one should not forget the other programmes which amounted to another €300 billion.

A peculiarity of the government bond purchases is that it is actually not correct to say that “the ECB” is buying government bonds since the PSPP was apparently not regarded as a ‘normal’ monetary policy operation. From the outset it was decided that 80% of the asset purchases under the PSPP would be undertaken by the national central banks (NCBs) under their own responsibility. The reason for this was obviously that the NCBs from creditor countries, such as Germany or the Netherlands, were worried that they might have to share in the losses if there was a default on the bonds bought under this programme. Moreover, these purchases, which remain only on the books of the individual NCBs, have to be exclusively for national bonds. This means that, de facto, the PSPP consists of 80% of national purchase programmes. It is thus not the ECB that buys Italian government debt, but the Banca d’Italia, and it is the Bundesbank that buys German government debt. Moreover, these central banks are buying different bonds. The Banca d’Italia is buying bonds with an average maturity of 9 years, whereas the Bundesbank has recently been buying bonds with only 4-5 years maturity. There are thus subtle, but important differences across countries in the implementation of the PSPP.

It is a widely accepted principle that for fiscal purposes one can consolidate the central bank and the Treasury, at least for the ‘standard’ case of a country that has its own currency. In this case, any gains or losses of the central bank are transferred over time to the (national) Treasury. Monetary and fiscal policy thus cannot be kept completely separate when the (national) central bank intervenes in the public-sector debt market.

Within the euro area, profits and losses of NCBs are usually pooled in the monetary income of the eurosystem and redistributed to the constituent NCBs, according to the capital key, which determines the shares of each country in the ECB. This means that it does not really matter at which NCB a monetary policy operation is booked, since the result is anyway shared by everybody, pro rata.

This procedure only applies, however, to ordinary monetary policy operations, not to the PSPP.  The profits that Banca d’Italia might make on its purchases under the PSPP will thus not be shared by the entire eurosystem. They will stay on the books of Banca d’Italia, which will then probably remit them to the Italian Treasury. The PSPP is for the time being a very profitable business for Banca d’Italia (and thus later the Italian Treasury) since it is buying longer-term bonds, which yield almost 2%, while its liabilities are deposits of commercial banks on which it is paying either no, or even negative interest. The same applies also for other countries with higher interest rates, such as Portugal or Spain.

Bond buying by central banks looks like a free lunch. This is true, however, only as long as short-term rates stay low. If, or rather when, interest rates go up, central banks throughout the euro area will have to pay much more on the hundreds of billions of deposits of commercial banks with which they have financed their bond purchases. QE remains thus a risky operation from a fiscal point of view. 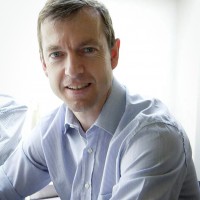