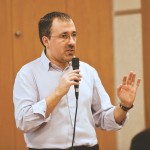 Milanovic book shows that a new global middle class is gaining from globalization, along with a few super-rich ones, but the historic middle class is losing. Philosophy helps to understand these numbers and the western mood of us.

If you are penniless and it is still not time to have your monthly pay, if you do not know whether you can have holidays abroad this year, if you want a new smartphone, but it is definitely too expensive, go here: http://www.globalrichlist.com/ Put your wage in, or your net wealth (remember the rent you get from your grandmother’s small flat, or the dividends of your stocks), and see. You’ll see that, whatever your status, you are in the higher decile of the global wealth. Scroll the page down, and you can see your hourly pay. You can also see the hourly pay of a Zimbabwean – 0.44 euros.

Happier? You are richer than expected, now you know that. But you learned also that global inequality is greater than you ever thought. There is more. The Zimbabwean getting 0.44 euros per hour is likely to be richer than her parents, or grandparents. Surely, today on average Chinese and Indians are better off. If someone gained from globalization, these people surely did. Globalization brought about a global middle class – allowing decent lives to a greater number of people. But globalization had two further consequences – unexpected as well. First, the old middle class (the middle class of industrial West, whose rise traces back to XVIII century) is worse off, i.e. it is rather poorer. Second, a tiny minority of super-rich is richer.

The huge extent of global inequality and the increase of the absolute wealth of the poorest may be surprising, but compensate each other. By contrast, it is difficult to grasp and assess the two other consequences of globalization. If you read this, you probably belong to the West middle class. This may explain why your reaction to the fact that the global poor is better-off is not pure happiness – but it is more likely a sense of guilt, added to your uneasiness for not being able to afford some material joy you think deserved. Indeed, what matters to our sense of living a decent lives may not be a global comparison. Possibly, more local reference is what matters more. See what Adam Smith wrote two centuries ago:

[…] a linen shirt, for example, is, strictly speaking, not a necessary of life. The Greeks and Romans lived, I suppose, very comfortably, though they had no linen. But in the present times, through the greater part of Europe, a creditable day-labourer would be ashamed to appear in public without a linen shirt, the want of which would be supposed to denote that disgraceful degree of poverty, which, it is presumed, nobody can well fall into without extreme bad conduct. Custom. in the same manner, has rendered leather shoes a necessary of life in England. The poorest creditable person, of either sex, would be ashamed to appear in public without them.

For similar reasons, you will probably be upset more by the extremely luxurious life of a tiny number of billionaires than by the extreme poverty of billions of human beings.

We can have scientific data on inequality since a relatively short time, since when the power of new computers could deal with them, and fiscal laws allowed new knowledge of private wealth. There is recent scholarship on this. Piketty’s Capital in the XXI Century brought the topic to a wide audience. The recent work by B. Milanovic, now translated by LUISS University Press, contains the picture I started with.

Data are helpful, but moral qualms remain. If we are concerned with inequality, we should be happy  – many people today are better off. Inequality amounts to two facts. First, some people are worse off than others. Second, the number of the worse-offs is greater than the number of the better-offs. Globalization made the worse-offs better, and increased the number of people living a decent life. The global middle class is wider than the Western middle class. The former’s gains largely compensate the latter’s losses. And the gains for a small bunch of super rich do not matter.

Still, we are unhappy. Even for the most altruists among us, an improvement in the lives of the global poor does not compensate a decrease in our life conditions. And the luxuries of super-riches make us angry. Possibly, Smith was right. The moral relevance of inequality is a local issue. Perhaps, equality is a very sophisticated form of social envy.

Gianfranco Pellegrino is a researcher at LUISS’s Political Science Department 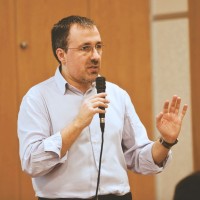 Here is the threefold inequality that Europe must fight. Notes by Fabrizio Barca on a new cohesion policy

Fabrizio Barca, economist and former minister, in a conversation with LUISS Open on the new economic, social and recognition faults criss-crossing our continent. Said inequalities also have a territorial aspect. He goes on to describe a European policy (a bit of an ill-treated one) that would be very effective in treating the wounds of the Old Continent

Wall Street bankers, yoga instructors and the future of the middle class in rich countries

In this excerpt from the book “Global Inequality. A new approach for the age of globalization”, Branko Milanovic analyzes workers conditions, education perspectives and the future of rich countries’ middle classes

In this preview of the book “Global Inequality. A new approach for the age of globalization”, Branko Milanovic shows how the existence of the citizenship premium has important implications for migration