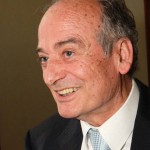 At the current transformational juncture, nation-states feel pushed to enrich their “tool kits” to shield as much as possible their respective economies from either unwelcome Mergers and Acquisitions (M&A) or manipulations in trade and currency flows by foreign countries and their aggressive strategies. In this regard, one of the major available instruments is that of fine-tuning appropriate interventions of body governments, through the politics of globalization, to fill the vacuum for a closer and more comprehensive overview of the national impact.

Basically, these policies aim at obstructing or facilitating single transactions, depending on whether or not they meet an in-depth scrutiny of national interest, which is carried out in most cases on the basis of economic benchmarks without excluding, however, geo-political considerations. The legitimacy of resorting to these policies is more and more widely recognized in a period when either world governance has weakened (mainly as a consequence of the dysfunctional Bretton Woods international organizations) or operations deviously conducted by foreign countries become discernible.

Practical examples of the former are transactions aimed at acquiring advanced technological know-how, including that susceptible to military application, and, of the latter, transactions which could easily turn into a vehicle to influence people’s thoughts and behaviors. One of the most recent applications of such policies was a smart American action conducted with the goal of persuading the Chinese Ant Financial, an online payments affiliate of Alibaba Group, to abandon its $1.2-billion deal to buy Money Gram International, a Dallas-based American money–transfer firm.

Of course, it is not an oddity that this type of operations occur in the global trading relations between major powers, namely the US, China, and Russia. Actually, a further encouragement to prevent and possible hit  “double standard” transactions comes from President Donald Trump’s launch, on December 18, of his National Security Strategy (NSS). It envisages—among others—that each American administration and other government bodies must produce a guiding code to provide practical support to the stated global framework of “America First”, which mainly highlights the goal of protecting, above all, the national interest in any shape or form it might be affected or threatened.

Usually, policies aimed at countering the effects of a pick-and-choose globalization are conceived and applied, as is the case of the US, within a greater comprehensive plan related to the country’s global security, where military components (hard security) closely interacts with the political, economic, cultural and social aspects (soft security). In a sense, President Trump’s selective approach to global security, which by focusing on a more narrow-minded concept of “American first” implies somewhat of a rejection of Western-values universalism, contradicts the assumption, embraced by previous White House tenants starting with Franklin Delano Roosevelt, that making the world safer would be instrumental to preserve American security and prosperity.

A new door has been, seemingly, opened on this critically important issue. Very likely it is bound to bring quite significant changes to traditional US foreign policy whose impact on international stability is now only partially discernible. For sure, they will affect, to a certain degree, not only the features of the Western alliance—based on democracy, the rule of law, and an open economy—but also a reshaping of the new world order as the new American concept of global security leaves motorways wide open to the ambitions of Russia and China.

In the recent past, the surging of possible cleavages in the Western political system stirred the need to urgently convene summit meetings among the most industrialized Western countries—specifically the G7—to better grasp the practical implications of what could have been perceived as a potential change in the shared Western vision of global security.

It is therefore surprising that the various stances taken by President Trump on security-related issues, in addition to the absence of a well-structured and well-coordinated White House agenda, have not prompted any of the G7 member–states to call for a collective discussion, even better if in a fireside-chat format, to try to dissipate dangerous misunderstandings and harness national initiatives towards a shared action plan.

Two topics could be on the agenda: One would be to draw up a common analysis to be submitted to China so as to avoid that national politics of globalization may become a contentious issue among the major allies; the other would be to review the existent differing views on how to harmonize, on one hand, the legitimate request made on many occasions by President Trump for more burden-sharing among allies on security costs, and, on the other, to reduce the potential negative impact of individual decisions made without previous consultation with allies, or, even worse, in full awareness of the stated opposition by some among them.

In the past, the American decision to invade Iraq and the French decision to take military initiative in Libya were both made without any plan for “the day after”, with bad and now well-known consequences. More recently, President Trump’s recognition of Jerusalem as capital of Israel provoked the isolation of the US at the UN Security Council, making evident the lack of any previous analysis-sharing among allies. None of that strengthens the trust or the cohesion among Western nations at a time when their credibility is already at risk. 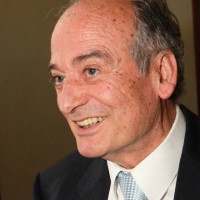 The erosion of a pillar doctrine of EU law

“The non-delegation doctrine is the theory according to which constitutional bodies cannot delegate their constitutionally protected powers to other bodies, abdicating their public function”. An interview with Marta Simoncini about the Erosion of the Meroni Doctrine: The Case of the European Aviation Safety Agency