My purpose in this book is to explore the economic choices facing the United States and its relations with the rest of the world at the start of the new administration of President Donald Trump and the new Congress. One reason why Washington has been in gridlock for years is that both parties have pursued a deeply flawed vision for America. The Republicans have called for a smaller government when we need a government that does more and better to address slow economic growth, rising inequality, and dire environmental threats. Democrats have called for a larger government but without clear thinking about priorities, programs, management, and finances for an expanded role.

This book charts a better course for American public policy based on long-term societal objectives around the concept of sustainable development. I outline a strategy of scaled-up investments, both public and private, and the means to finance them. I emphasize throughout that the way to break Washington’s gridlock is to build a new national consensus based on local brainstorming in every part of the country. President Trump and the Congress will remain stymied until they both hear from people across the United States that the time for major change has arrived, with clear goals, policy direction, and financing.

My core contention is that with the right choices, America’s economic future is bright. Indeed, we are the lucky beneficiaries of a revolution in technologies that can raise prosperity, slash poverty, increase leisure time, extend healthy lives, and protect the environment. It sounds good, perhaps too good to be true; but it is true. The pervasive pessimism—that American children today will grow up to worse living standards than their parents—is a real possibility, but not an inevitability.

The most important concept about our economic future is that it is our choice and in our hands, both individually and collectively as citizens.

The reasons for the pessimism are real. The United States is experiencing the lowest growth rates in the postwar era. Economic growth recorded since the 2008 financial crisis has been about half of what was forecast in mid-2009: 1.4 percent annual growth from 2009 to 2015 compared with a projected growth rate of 2.7 percent. Around 81 percent of American households, according to a recent McKinsey study, experienced flat or falling incomes between 2005 and 2014.[1] At the same time, the inequality of income has soared over the past 35 years, adding to the concentration of wealth and income among the top 1 percent of the population. In 1980, the top 1 percent took home 10 percent of household income; in 2015, it was around 22 percent.[2]

While unemployment has declined, from a peak of 10 percent in October 2009 in the depths of the recent financial crisis to the current low rate of around 5.0 percent, part of that recovery has been achieved because individuals of working age have left the labor force entirely, out of frustration at low-paying jobs or no job opportunities at all. The ratio of overall employment relative to the working age (25–54) population has declined from 81.5 percent in 2000 to 77.2 percent in 2015.

If this were not enough, the headwinds seem set to continue. The antitrade sentiments from both political parties over the 2016 election season, leading both Donald Trump and Hillary Clinton to reject a draft trade agreement with Asia, reflects a widespread feeling that America has lost jobs in large numbers to low-wage competition with China and other countries, and that more such job losses are to come. Recent research suggests that such fears, long scoffed at by economists, are based on reality.[3] U.S. manufacturing sector jobs have shifted overseas, as well as being lost to automation. U.S. counties on the front lines of competition with Chinese manufacturing have

Automation has become another source of high anxiety. Here, too, economists have generally scoffed at the public fears that machines will take away our jobs.[4] Hasn’t the entire industrial era proved that view wrong? they ask rhetorically. Haven’t new machines and technology always created more jobs than they have cost? These questions are fair, but so too are the worries. The advent of smart machines seems to be shifting income from workers to capital, driving down wages, and contributing to the frustration low-wage workers feel about finding a job with a livable wage. Some workers do seem to be squeezed right out of the labor force, and the share of labor earnings in national income is falling, a sign that decent jobs indeed are being overtaken by the robots.

So, yes, Americans have the right to lots of economic fears: of Wall Street traders who destabilize the economy; of the top 1 percent who corral the lion’s share of economic growth; and of jobs and wages lost to China and the robots. But there are still more reasons to worry.

Debt sustainability is one part of the future we leave to today’s children. Environmental sustainability is, of course, the other. And if there is one endangered elephant in the room, one existential worry to keep us up at night, it is the relentless, punishing, ongoing damage that Americans and the rest of the world are doing to the environment. We can’t rest easy on our economic future, and I would not advise doing so for a moment, until we find a path to climate safety and true sustainability for our water, air, and biodiversity. Most importantly, we need to overhaul the energy system, to shift our reliance from carbon-based energy—coal, oil, and gas— to non-carbon energy sources—wind, solar, hydro, nuclear, and others that do not cause global warming. Fortunately, America is replete with renewable energy resources. But there are many other steps we need to take to achieve environmental sustainability, and I’ll get into those in more detail in the chapters to come.

Finally, add to these challenges our nation’s highly divisive and corrupted politics, and it’s not hard to be gloomy. Some leading economists have even declared the end of two centuries of economic growth. We are, to use their jargon, in a new era of “secular stagnation.” And if growth is at an end, social stability could be jeopardized as well, with the economy turning into a zero-sum struggle wherein the gains for some groups must be the losses for others.

The doyen of the pessimists (and author of a wonderful new book, The Rise and Fall of American Growth), Robert Gordon says we’ve simply run out of big new inventions to keep the economic engine going.[6] Gordon argues that smartphones and the Internet simply don’t measure up to mega-breakthroughs like the steam engine, electricity, TV and radio, the automobile, and aviation—the great technological drivers of two centuries of economic advance.

My argument, to be detailed over the course of this book, is that the pessimists have a point—indeed, several of them— but that overall they are mistaken. We are not at the end of progress, at least not if we get our act together. And we can. Even the political paralysis can end if we can discern more accurately and clearly the right path out of our very real and complicated problems. America has confronted and overcome many horrendously large problems in the past—the Great Depression, Nazism and Stalinism, the political exclusion of African Americans, the poverty and heavy disease burden of the elderly—and can do so again.

[2] Emmanuel Saez, “Striking It Richer: The Evolution of Top Incomes in the United States” (updated with 2015 preliminary estimates), Working Paper, University of California at Berkeley, 30 June 2016. 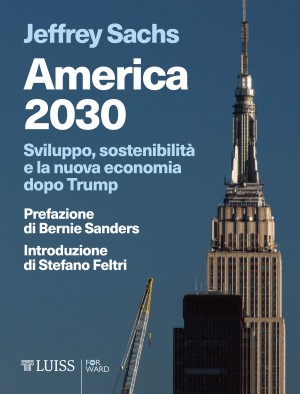