Is President Trump anyhow moving towards the “smart, fair and sustainable” economy that you advocate in your book “Building the new American economy” (that has just been translated in Italian from LUISS University Press)? From an economic point of view, how would you judge his first year at the White House?

President Donald Trump has been much worse than I imagined. I was worried right after his election, but the situation is really terrible. The tax cuts he and the Republicans approved are deeply unfair: they raise the budget deficit, they will create tremendous problems in the future and most of the rest of what Trump is proposing – the trade wars, the unfairness of his policies, his cuts on social expenditures, his attacks on multilateralism – are all in the wrong direction.

In your book,  you chose to give credit to at least to Trump’s pledge on international trade. An issue on which you recently had what you call a “change of heart”. Why? Weren’t the benefits of free trade one of the few topics on which all economists would agree?

The basic idea is that international trade expands the economy but it can lead to a widening of income inequality. The answer is not to stop trade but to redistribute income. In the United States capital owners have become even richer and many workers have suffered. But rather than stopping trade, we should be adjusting the tax systems and providing benefits so that anybody can be a beneficiary of trade. What Mr. Trump is doing with his tariffs’ proposals will be highly destructive. It will hurt the U.S. economy, it will hurt other economies and it is likely to lead to a trade war, which will make everybody worse off. So, the point that I made in the book is to recognize that international trade can have distributional consequences that means that some parts of the economy are hurt from trade, but the answer is not to stop trade or to have a trade war, but to use fiscal policies – taxes and transfers – to share the benefits of the open economy.

You suggest America should increase public investments but at the same time you publish alarming projections about its public debt. How can Washington escape the “European trap” of falling investments due to poor public finances?

The U.S. since Ronald Reagan became President in 1981 has been addicted to tax cuts. Our political system is really driven by the interests of richest Americans. They pay the campaign contributions and then they say “cut our taxes!”. This is being going on now basically for 37 years. The result is we do not have enough revenues collected by taxes to be able to make the investments that we need in new infrastructures in a green economy, in education for all our children, in research and development. Tax cuts have lowered the capacity of government. We trapped ourselves in the U.S.! We need to raise the tax collection so that we can be investing more in public goods.

According to you, “secular stagnationists” and pessimists are wrong about our economy’s future. If you had to choose one reason to be optimist, what would it be?

We are living in a remarkable age of technological dynamism. Computation, smart machines, robotics, artificial intelligence, machine learning, connectivity give us tools that are absolutely remarkable and powerful for addressing the environmental challenges, for improving healthcare and education, but these technological changes need to be managed in a way that is fair, that insures that there is broad benefit from the technologies rather than all the money going to the few richest people that own these giant tech companies for example. So there is one reason for optimism: our ability to address challenges is higher than ever, but our political challenges is to make sure we are aiming for the common good and not aiming or the good of a few rich people who are trying to control the political system. 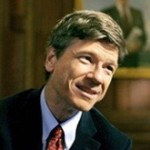