Very few people can make sense of the current “fake news” hysteria and almost nobody is willing to look at it in a historical context and to understand why the problem arose now.

The reason why the hysteria has spread, and especially so in the United States, is because this is (to some extend understandable) reaction to the loss of global monopoly power exercised by the Anglo-American media especially since 1989, but practically from 1945 onwards.

The reasons for the Western quasi-monopoly between 1949 and 1989 (call it Phase1) were manifold: much greater amount of information provided by outlets like BBC, and later CNN, than national outlets in many countries; much broader reach of large English-language media services: they were covering all countries when national media could barely pay correspondents to be located in  two or three top world capitals; spread of English as the second language; and last but not least, better quality of the news (say, greater truthfulness) than found in national sources.

These advantage of Western media were especially obvious for the citizens of the Second World where governments maintained tight censorship and thus the USSR had even to go to the extremes of jamming Western radio-stations. But even in the rest of the world the Western media was often better than local  media for the reasons I mentioned.

A careful reader will have noticed that so far I contrasted global Anglo-American media to national or local media only. This is because only the former had a global reach and the rest of the media (due  to lack of finances or ambition, government control or small languages) were purely national. So the US and English media fought a rather one-sided battle with small national newspapers or TVs. It is no surprise that the global Anglo-American media was then able to control, in many cases fully, political narratives. Not only were Western media totally able to influence  what (say) people in Zambia thought of Argentina or the reverse (because there was probably next to zero local coverage available to somebody living in Zambia regarding what is happening in Argentina; and the reverse); more importantly, because of Western media’s greater openness and better quality, they were able to influence even the narrative within Zambia or within Argentina.

The global competitors that the West faced in that period were laughable. Chinese, Soviet and Albanian short-wave radios had programs in multiple languages but their stories were so stultifying, boring and unrealistic that people who, from time to time, listened to them did it mostly for amusement purposes.

The Western media monopoly then expanded even further with the fall of Communism (call it Phase 2). All the formerly Communist countries where  citizens used clandestinely to listen to Radio Free Europe were now more than willing to believe in the truth of everything being uttered by London and Washington. Many of these outlets installed themselves in the former Eastern Bloc (RFE is headquartered now in Prague).

But that honeymoon of global Western monopoly began to change when the “others” realized that they too could try to become global in a single media space that was created thanks to globalization and internet. Spread of the internet insured that you could produce Spanish- or Arabic-language shows and news and be watched anywhere in the world. Al Jazeera was the first to significantly dent, and then destroy, the  western monopoly on the Middle Eastern narrative in the Middle East. And now we enter Phase 3. Turkish, Russian and Chinese channels then did the same. What happened in the news was paralleled in another area  where Anglo-American monopoly was also total but then got eroded. Global TV series that were exported used to be only US- or UK-produced; but soon they got very successful competitors in Latin American telenovelas, Indian and Turkish series, and more recently Russian. Actually, these newcomers practically pushed US and UK series almost altogether from their “domestic” markets (which, for example, for Turkey includes most of the Middle East and the Balkans).

Then came the Phase 4 when other non-Western media realized that they could try to challenge  Western news monopoly not only outside but  on the Western media home-turf. This is when Al Jazeera-US, Russia Today, CCTV and others entered with their English-language (and then French, Spanish etc.) shows and news directed toward global, including American, audience.

This was indeed an enormous change. And this is why we are now going through a phase of hysterical reaction to the “fake news”: because it is the first time that non-Western media are not only creating their own global narratives but are also trying to create narratives of America.

For people from small countries (like myself) this is just something totally normal: we are used to foreigners not only appointing our ministers but being present throughout the media space, and even influencing, often because the quality of their news and scholarship is better, the narrative about country’s own history or politics. But for many people in the US and the UK this comes as a total shock: how dare foreigners tell them what is the narrative of their own countries?

There are two possible outcomes. One is that the US public will have to realize that, with globalization on, even the most important country like the US is not immune from the influences of others; even the US becomes, compared to the world as a whole, “small”. Another possibility is that the hysteria will lead to the fragmentation  of the Internet space as China, Saudi Arabia and others are already doing. Then instead of a nice global platform for all opinions, we shall be back to the pre-1945 situation with national “radio stations”, local internets, bans of foreign languages (and perhaps even foreigners) on national NatNets—basically we shall have ended globalization of free thinking and gone back to unadulterated nationalism.

P.S. You will not find pieces like that in your local news. And that’s why internet (and not NatNet) is great. 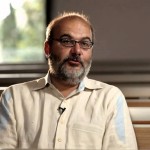 One of the world’s leading economists of inequality. Previously at World Bank, is currently professor at City University of New York

Populism and separatism on the wake of an unruled globalization

Concerns are spreading on the inherent merit of a growing interdependent world as economic unbalances and social inequalities are stirring a tangible popular anger. The hope is that by better opposing to a “strong powers” it would be easier to face the populist wave

Putin’s silence: when real facts speak for themselves

Antonio Badini, author of the book “Disordine mondiale” out now for LUISS University Press, discusses the role of Russia in the Middle East. Putin’s silence, as already happened before, preludes to his coming back as co-leader in the new configuration of the global geo-political order

Terrorists on the web: an interview to Alessandro Orsini