From the 1980s, a vast literature on Muslims and Islam in Europe has developed, mostly from political science, international relations, and socio- anthropological perspectives. Theological perspectives remain uncharted territories in what is now commonly referred to as “European Islamic thought” among some experts, maybe because theology requires a believing mind, or maybe because the secular university in Europe does not allow such an indepth, or maybe there is no ideological interest in raising the question of theological insights about modern political issues, or simply maybe because Muslims in Europe have not produced enough texts to be studied from theological perspectives. It is for these various reasons that the thinking about the question “Does European Islam think?” becomes vital. Clarifying the debate on Islam and Muslims in Europe has to be made, and maybe here is the moment to reflect on that in utmost clarity.

In this chapter I present two major divergent lines of thought that read European Islam differently, though this difference has hardly been problematised and examined before, nor has it been put face to face in a scholarly debate. This chapter then presents the views of two major scholars of Islam and Muslims in Europe: those of the French scholar Olivier Roy, and those of the Danish scholar Jørgen S. Nielsen. My own reading of European Islam makes me stand with the latter on his position: European Muslims are making their own theology; it is a pluralist theology in progress. It may even be inspiring to the Arab-Islamic world. 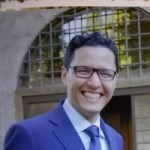 An excerpt of the book “Islam, religion and politics by Francesca Corrao. A focus on the origin of ‘Islamic mediatization’: new medias, the relation with the West, and war strategies.