One thing I was asked to do today was talk about the skills and personal qualities that a multinational like ours expects from someone who joins our organization – from a 21st Century leader.

I’ll start by sharing my own experience when I was more or less the same age as you. When I first entered the workplace, I figured that I should emulate my boss — be tough, show no heart, just execute flawlessly and fast. I thought that was the way to be a leader and so I acted like that for a while. One day, I walked into the office of the top HR guy and I told him I wanted to be a CFO. He looked at me and said, “You are never, ever going to be a CFO”. And then he took me to the cleaners about what he thought I was missing, which basically came down to the human skills needed to interface with people. I walked out of his office almost devastated. I had been emulating the CFO, and I thought I was doing a pretty good job.

That conversation led me to some soul searching.

I realized that I had been doing things that were totally out of character for me, and I accepted the need to change. I began to understand that a command-and-control approach worked only for the short term, because folks do what you say only because they fear you. But it severely limits how long people will follow you and how well they will do their assignments.

I no longer try to emulate others.

The way I am today is completely in character with who I am, and I am absolutely comfortable doing what I do.

Today at FCA, as well as Ferrari and CNH, we have zero interest in people who are individual superstars. The era of a single great man who succeeds by imposing his will on an organization is over. I personally spend the equivalent of about a month every year on about a thousand HR reviews, because I am a fanatical believer in the importance of leadership.

These reviews center on two qualities that I believe are essential to being a successful leader.

The first is the ability to lead an agenda of change. As I said in my opening, change is inevitable, and it occurs at an accelerated pace in an era of globalization and rapid technological advances. You cannot afford to blindly hold on to old ways of doing things, even if they have worked in the past. Nevertheless, whenever you try to initiate serious change, a chorus of cynics will tell you that it won’t work, or that things are just not done that way. Cynicism is easy. It takes both vision and courage to believe in something better.

I go all out to surround myself with people who are capable of leading in a world where certainty is not available, who are comfortable to operate in a world in flux. People who can envision things that could be, instead of how things always have been. People who are willing to risk the discomfort of failure. People who ask questions and challenge long-held assumptions.

The second essential trait of a leader is their capacity to lead people. I constantly remind our leaders that one of their fundamental responsibilities is to provide guidance and support to help other people develop their professional abilities and their human qualities. When all is said and done, the true value of a leader is not measured by what he has gained during his career but rather by what he has given. It is not what you accomplish today, but the legacy you leave behind.

A lesson that I have learned over my career is that in every organization, people count more than process. Especially within such a large multinational organization as ours, the most important element is the human connection, the millions of human relationships that must be nourished every day. Besides defining development plans and deploying strategies, our real priority resides on a much more human level. This means that we recognize the impact that our choices can have on our people and on society as a whole. It means that we fully accept the responsibility that comes with the privilege of leading our organization.

I believe this is the essence of leadership: personally assuming the moral duty to do something, to act, to take part in the process of building the future. Acknowledging one’s own responsibility to give future generations hope for something better.

This is an extract from the speech held by Sergio Marchionne at LUISS University on the occasion of the awarding ceremony of the Rotman European Trading Competition on August 27th 2016. The video with the full speech can be viewed here:

Sergio Marchionne - Full text of his speech at LUISS University 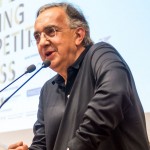 Sergio Marchionne has been one of Italy’s most important businessman. He is known internationally for his role in the renovation process of the FIAT group. He has been the CEO of Fiat Chrysler Automobiles, FCA Italy and FCA US.

Text and Image Mining Methods for Business Research and Education

Over the last five years, the increase in usability and popularity of text and image analytics (aka, text and image mining) methods has grown exponentially. In fact, recent business literature has dedicated several step-by-step guides in marketing, management, retailing and business in general, that should help researchers to use unstructured data for business insight. Francisco Villarroel Ordenes explain why it is important understanding the key objectives and methods to implement text and image mining.

How to frame the digital transformation? Digital Advisory Board I° Edition Report