Do Shareholders Drive Changes in Board Composition?

Professor Peruffo, based on your professional and academic experience here at Luiss, how do you think university research can play a positive role in social change?

Thank you for the question: this is a highly interesting topic that examines the very roots of the university institution. The rigor of academic research allows us to analyse important phenomena, in our case economic and social developments and issues, and to propose an interpretation of the existing cause and effect relationships. We often observe data, information and megatrends: the researcher’s task is to build and justify these relationships by offering an interpretation of economic or social phenomena. In addition to the necessary rigor, it is also essential that research develops in contexts in which researchers and the world of the practitioners contaminate each other virtuously, so that research and its results do not remain confined to peers.

In fact, it is essential that research should be disseminated in order to actively contribute to the development of knowledge in the field of managerial disciplines. The university is also where the results of research must be transferred and shared with corporate partners in the form of teaching, or the educational offer, namely editorial products and models for scientific dissemination. The great challenge of the university thus concerns the impact it creates: to develop knowledge that has an impact on the life of organizations and stakeholders.

Let us talk about diversity, and not merely “gender diversity”. It is often said that diversity represents a value. Studies on management to some extent  confirm this idea.  But how much, and using what tools?

When it comes to diversity, in general, there is always a trade-off to consider. On one side, there is no doubt that diversity has a positive impact on an organization, given that, for example, it stimulates the development of new and creative solutions. But on the other, an excessive level of diversity can lead to conflicts and can limit the performance of the organization. Furthermore, the concept of “diversity” must be analysed from different points of view: there can be diversity of gender, age, background, experience, and each of these requires specific consideration. Management studies, as well as those on corporate organization in a broader sense, have sought to investigate the role of diversity at various levels of the organization, with a growing focus on its top structures – namely the top management team and the board. In essence, the point is not to argue that “diversity is important”, but rather to understand which conditions may or may not favour its positive impact. Let me give an example. We have in the past developed research on the family business. Previous studies and managerial practice emphasized the role of board members who did not come from the family environment: in this case, we challenged the common belief that “all board members outside the family were equal,” and recognized their diversity. We then asked ourselves which features had a more or less positive impact on company performance. This shows that diversity is a highly complex concept, and that the role of the researcher is to seek to understand it, analysing the complexity of reality and hypothesizing the causal relationships that explain the conditions in which diversity can have a positive or negative impact, for example, on the behaviour of the company, and of all the organizations in general.

Indeed, your paper questions if shareholders have the power to influence the composition of a board, and, if so, under what conditions, and also what effects this agency produces, when it occurs, on diversity in the board.

As I said, the first dimension is linked to the identity of the shareholder. Indeed, previous management studies have profiled shareholders based on certain recurring characteristics. For example, shareholders who belong to the large group of “financial investors”, generally have a greater propensity to optimize investment in the very short term. They are thus less interested in undertaking medium and long-term strategic actions, but rather in obtaining an immediate return, preserving the status quo as much as possible. On the other hand, there are “institutional investors”, who have a medium and long-term investment perspective. For this reason, we have hypothesized that they may be more sensitive to a key social dynamic that we call “social legitimacy”. Nowadays, issues such as diversity and a significant role for women are deeply felt in society, and guaranteeing both within an organization implies a highly positive perception of the organization itself. For this reason, the company that aspires to obtain  high “social legitimacy” – attaining approval by society – is required to implement a certain “type” of behaviour. What we have hypothesised, therefore, is that “institutional investors”, given their long-term interest, take advantage of periods of corporate change – for example, a restructuring operation – by intervening on the composition of the board, attempting to involve, for example, more women.

Furthermore, this is consistent with evidence proposed by other studies that show how women, who are more open to change, tend to favour restructuring processes.

As already mentioned, we also analysed this same aspect in terms of the quantity of shares the shareholders own. Quite simply, a minority shareholder, who owns a small percentage of shares, does not have the opportunity to influence the composition of the board, and is more likely to be interested in obtaining a short-term return. Alternatively, if the shareholder owns a significant percentage of shares, such as a controlling shareholder, in most cases he will intend to maintain his investment in the company, and therefore it is highly likely that he will have an interest in issues that favour the “social legitimacy” of the company. In this case, if the shareholder wants to favour change, he will tend to oppose the limitations of organizations that we have defined as exhibiting “homophilia” or “inertia”, and will make his choices in order to be as compliant as possible with the expectations of society.

Furthermore, we have observed how the performance of the company considerably influences all these aspects. If a company performs well, it is most likely that the shareholder will show a greater interest and propensity towards issues which guarantee “social legitimacy”. If the company has performance problems, however, it is more  likely that the shareholder prefers to focus almost exclusively on the “survival” of the company and will be more interested in obtaining an immediate restoration of his profitability. In this case, it is reasonable to assume that he will tend to prefer a board which is more united, much less different and heterogeneous. It is unlikely that, in such a situation, the shareholder will challenge the company’s status quo, as he will rather try to maintain stability, even during a restructuring process.

Of particular note is the part of the paper that concerns the role of “social legitimacy”. Given that we generally focus on how research activities have an impact on society, it is interesting to underline the opposite, or how society itself has an impact on the issues that are then the subject of research.

Yes, this point is very interesting.  We must focus on the fact that not only does research have an impact on society, but that society also impacts the life of companies and their competitive behaviour. The need for social legitimacy is certainly something that is very much felt by companies. What emerges from our research is the key role that social legitimacy plays in persuading a controlling shareholder or an institutional investor to be compliant with the expectations of society concerning issues of great importance and social impact. Nonetheless, a sort of trade-off also emerges: the theme of legitimisation becomes less relevant during phases of corporate crisis (that is, negative performance). Certainly, this aspect deserves further study in the future. Can the lack of interest in such issues further worsen the crisis situation itself? Could greater social legitimacy support the recovery process of an organization?

Are there any other elements that of your study that you wish to highlight?

One thing that we didn’t mention is that this analysis was conducted on 650 American companies.

Another aspect that deserves consideration is that in this article the theme of the “moment” is central, in the sense that we tried to understand what happens in a company at a precise moment: during restructuring. As we said, this is a moment of great change by its very definition: “restructuring” means that a part of the company is sold, which represents a degree of trauma for the entire organization. It is precisely because it is transition phase that this represents the ideal moment for changing something, not least because it is easier to do so during such a period. This allows us to assert that if changes are not implemented in this context, the explicit will is to continue to maintain the status quo. Restructuring is a moment of enormous transformation, because a company or part of it is sold to third parties, and if, at that moment, the composition of the board of directors is also changed, important signals are sent not only to the company and to society, but also to employees, suppliers and all stakeholders: in other words, to all those who have a directly or indirect interest in the company’s results.

The last point, but certainly not least, is the impact of the research. Within the Department of Business and Management and the Luiss Business School we strive  to immediately transfer these results into teaching and, above all, into programs. At Luiss Business School, for example, we are developing projects and new Executive training initiatives focused on the role of women on the board, with prestigious European and African partnerships. 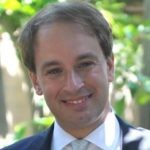 Too smart to be good? The dark side of consumer-smart object relationship

Smart objects (such as smart speakers or smartwatches) are spreading among consumers but not as fast as expected. Thinking of them as being similar to people, sometimes even with a negative social role to play, might also be a barrier to their consumption, says a forthcoming paper

Why is everyone badmouthing the Fornero reform but no one is getting rid of it?

The current Pensions Act has the merit of putting a band-aid on social security expenditure. The system, however – as a result of the demographic revolution that has taken place since the 1970s – remains in itself unbalanced and disadvantageous for young people. The “youthquake” has moved away in Italy. An essay by professor Martone

Daniel Gros analyses the state of regional convergence within the European context. He finds that different country groups have had quite different experiences following the financial crisis and that in most cases there has been little convergence across regions within countries. More importantly, the seemingly permanent differences in regional per capita income are for some countries mainly the result of differences in occupation ratios.