Based on your experience in the field of research networks that foster environmental innovation, to what extent and why is it important to have dialogue between research centers and universities, on the one hand, and study centers of private companies and the business world, on the other?

Communication between companies and research centers is increasingly important, especially regarding environmental issues. This is because environmental innovations have a very high level of complexity, and so interaction between different types of knowledge – the more basic knowledge typical of Universities and research centers, and the more applied knowledge typical of companies – is truly essential. This combination renders it possible to achieve the “win-win” that Porter also discussed. Environmental innovation offers a double advantage: reducing the environmental impact of manufacturing while increasing the performance of companies.
We thus move from the notion that environmental regulations can be a disincentive for companies to the opposite idea that imposing environmental constraints can induce companies to try other solutions, solutions that they can find more easily if they interact with the world of research. This means that the companies themselves become more innovative and, as a result, so do those countries to which the companies belong. It is therefore very important to introduce this type of regulation and invest in research networks in which public and private entities participate.

What does “environmental innovation” mean, and how can it be measured? Why does the European Union consider it so important, even in its official documents?

As regards the definition of “environmental innovation”, the OECD approach, which has identified which patents can be considered “green technology”, is of great significance. Using these parameters, it is possible to measure the amount of patented environmental innovation for each Country, for each company, for each region, depending on the level of analysis. The intrinsic limitation of the use of such parameters, however, is that it only permits us to consider the patented innovations.
Then there are the European projects, the famous “framework projects” in which the European Union invests considerable resources and for which the environmental question is a central factor. Through a series of keywords, it is possible to select all the projects that have particular characteristics. More specifically, we searched for projects that combined the theme of innovation with that of the environment.

What does “environmental innovation” mean, and how can it be measured? Why does the European Union consider it so important, even in its official documents?

As regards the definition of “environmental innovation”, the OECD approach, which has identified which patents can be considered “green technology”, is of great significance. Using these parameters, it is possible to measure the amount of patented environmental innovation for each Country, for each company, for each region, depending on the level of analysis. The intrinsic limitation of the use of such parameters, however, is that it only permits us to consider the patented innovations.
Then there are the European projects, the famous “framework projects” in which the European Union invests considerable resources and for which the environmental question is a central factor. Through a series of keywords, it is possible to select all the projects that have particular characteristics. More specifically, we searched for projects that combined the theme of innovation with that of the environment.

Why in your study do you identify technology, regulation and networking among researchers as the main drivers for environmental innovation?

Our study is based on a strand of the microeconomic literature that analyzes business networks and their role in environmental innovation. As I said before, environmental innovation is particularly complex because it requires a series of complementary skills, and it is difficult for small companies to encompass them all; through the networks, however, these companies can enhance their knowledge by promoting environmental innovation.
We also have another, more macroeconomic strand of literature – namely the famous Porter hypotheses – that studies the effects of regulation on both the competitiveness of companies and on innovation.
Two types of regulation exist. There is market-based regulation, which means, for instance, putting taxes on CO2 emissions, or those trading systems in which companies are allowed to pollute up to a certain limit and can resell this permit.
Then, there is a more standard form of regulation called “command & control”, which places established limits, for example, for emissions.
In the paper we cite a whole series of studies that analyze which of the two types of regulation is more effective in terms of innovation and company performance.
The purpose of our work was to bring together the two literatures, the business network studies and the regulatory studies, to see if the two types of policy – that is, the network policy, which mainly stimulates research and innovation, and the regulatory policy – could have complementary effects, and if the advantages associated with each of the two policies taken individually could be amplified when they are adopted simultaneously.
The main contribution of our study is to verify the existence of a complementarity. Indeed, not only have we found that environmental regulation and environmental networks influence innovation, but also that when Countries adopt the two policies simultaneously the effects associated with each of the two individual policies are amplified.
Where a clearly defined definite regulation exists, it is evident that investments in research and development networks will be greater. The more stringent the regulation (especially market-based regulation), the greater are the resulting advantages from the introduction of an innovation.
Confirming what has been observed by the literature, we found that market-based regulation is more effective than “command & control” policies. This is quite intuitive in the sense that, depending on how much companies innovate, there are greater returns when there is market-based regulation, compared to when companies have merely to respect certain pollution limits. In this second case, indeed, once these limits are respected, there is no incentive for the company to go further. Alternativley, if it is possible, for example, to resell the permits to pollute, when the pollution level of the company is zero, the profit that it can obtain from reselling the permits is greater, and therefore the incentive associated with market-based regulation is higher than what is obtainable with regulation based on the pollution limits. It can thus be said that, in the face of market-based and non-market-based regulatory instruments, the former are more effective than the latter in promoting green technologies

In terms of the connection between regulation and environmental innovation, is it possible to establish a threshold beyond which an excessive or badly designed regulation can damage innovation? Does this risk exist in Europe?

This is an interesting question. It is difficult to answer, given that it depends a lot on whether we look at short-term effects or long-term effects. I have the impression – but this should obviously be studied – that in the short term an over-stringent regulation could be discouraging, in the sense that it could have negative effects on business innovation. This is because the resources available may not be enough to make investments that allow compliance with regulation which is too stringent. Nevertheless, this does not mean that companies in the long term could not seek to find ways in order to be able to obtain results even under strict regulation, for example by joining the network or by using other instruments. In some cases, and Germany is a prime example, Countries that have adopted stricter regulations have gone on to become leaders in certain niche markets, such as that of clean technologies, achieving results that eventually have more than balanced the costs.

In my opinion, therefore, it depends on the time horizon, and also on how the entire Country helps companies to overcome the limits imposed by regulation. For this reason, the complementarity between policies is central, because if we only have regulation without financial instruments – meaning, for example, that companies do not have access to credit and cannot invest in new technologies – all regulation does is discourage. Whereas if the regulation is accompanied by a whole series of other supporting policies that help companies to modify their short-term modus operandi, they can then make key technological leaps and become the engine of economic growth of the Country, which can in turn become a leader in clean technologies. This is because we are all realizing that the future lies in proposing solutions that are markedly different to those that have been proposed in the past. Regulation can offer an incentive to do so, but it must be supported by other instruments that allow companies to use it as an incentive to innovate, as opposed to perceiving it as a threat to their competitiveness.

Are there any policy indications that can be deduced from your study in order to favor the combination of innovation and sustainability in a European country like Italy?

It is becoming increasingly difficult to make policies that are solely national in nature with the belief that these can be winners in the long term, especially in the field of innovation. By now, the resources we need to be competitive are different in nature, not least given the fact that we are facing economic giants such as the United States and China.
Our research therefore focus mainly on European policies. Substantial research funding is given within the scope of the “framework programs”, which should increasingly foresee the participation of companies, as this complementarity between companies and universities and environmental research centers is absolutely fundamental.
As a criterion for the selection – and the European Commission is beginning to act in this way – it is important to favor this type of network when funding research, choosing research projects in which this complementarity is potentially more easily exploitable. This is important not only for companies, but also for researchers, because in this way they can understand what the real problems are that companies are facing, as sometimes they think about the regulations to be implemented or the research projects to be carried out without knowing the real problems of the entrepreneurial fabric. The goal is to render these research projects an occasion for meeting and free exchange between researchers and the business world. This is the only way to make great strides in terms of environmental innovation. 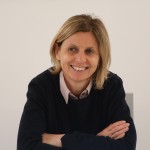 Valentina Meliciani is Full Professor of Applied Economics at LUISS

The denial of climate change. How the 3% became the mainstream

The denial of climate change is a fact and despite the disagreeing scientific production only accounting for 3% of the entire community, in recent years it has done wonders in winning over the public.