With a view to academic and professional growth, which are – in your opinion – the fundamental steps for the construction of an excellent track record?

The answer to this question varies depending on the sectors of activity and the disciplinary areas. Regarding the lawyers, a fundamental step is certainly the publication of monograph. Participating to the debate publishing on journals and attending conferences is very important, but the moment in which the researcher is recognized by the scientific community in relation to a specific subject of study remains anyway the moment in which he publishes a monograph.

On the other hand, it must also be aware that it is not easy for the legal sector to be open to the internationalization, and this is especially true in some areas of law. For example, I deal with constitutional law, which is traditionally an “internal” subject, although it is now increasingly open to the comparison, above all in the context of the European Union and of the broader Europe. Therefore, a legal researcher should participate as much as possible in international call for papers, enter the international market with book proposals, and above all publish articles in peer reviewed journals which are recognized internationally.

In order to do this, and also to acquire the necessary contacts and to have a more direct comparison with the international environment, it is essential to gain some research experience abroad, for example during the doctorate period, or even better that of the post-doc, when one have a more defined position, to spend even a few months abroad, and also fitting into a different academic environment. This, in my opinion, is essential.

A fundamental concept on which your publication is based is the doctrine of the “counter-limits”: could you describe briefly what it consists of?

The term “counter-limits” is one of the consequences of the interaction between the Constitutional Court, therefore the “institutional” world, and the community of the academic jurists. The word “counter-limits”, indeed, was coined between the Sixties and the Seventies by Paolo Barile, constitutional law scholar from Florence, commenting on the various sentences by the Constitutional Court related to article 11 of the Italian constitution and the limit to sovereignty set therein which in some way concerned the relationship that existed at the time between constitutional law and European Community law, today we would say “the European Union law”. The purpose of the Doctrine is precisely to define the areas which the Community law (now EU law) cannot violate, cannot lead to derogation, cannot lead to a contrast with the fundamental principles of our Constitution, and in particular with those that the Constitutional Court has defined over time as the “supreme principles”, which cannot be changed from the inside of the national legal order through a constitutional revision, or from the outside through any intervention of the supranational law.

Retracing the various episodes of the “Taricco saga”, how does the so-called “Taricco rule” (i.e. the order of disapplication of the domestic provisions that interfere with the EU law) influence the complex relationship between Courts, and in particular the complex course of the Italian Constitutional Court towards the European integration?

The “Taricco saga” is one of the most discussed and commented cases of the last few years, because, during the dialogue between the Courts, the European Court of Justice affirmed a principle of law which has revealed a contrast between the fundamental rules of the internal criminal law, specifically those concerning the statute of limitation, and the obligation to combat tax frauds which the States have assumed at the level of the European Union. These frauds impact on the resources of the European Union, since it has a share of VAT revenues. After that, a “saga” was unleashed. A series of decisions has been taken, at least two by the Italian Constitutional Court, followed by others, and at least two judgments of the European Court of Justice, and a further series of decisions by the judges of merit, concerning the loyalty to the commitment to fight fraud made at EU level, and the fact that this fight cannot be carried out violating the supreme principles of the Constitution, including the fundamental principle of legality in criminal matters, according to which only the domestic legislator shall create the conditions for the person’s criminal liability.

What are the main new elements introduced by the “Taricco saga” regarding the relationship between the national legal systems and European Union law?

There are two main new features.

Firstly, for the first time the Italian Constitutional Court referred to the idea of “constitutional identity”, establishing a continuity  between the theory of “counter-limits”, that the Court itself had elaborated since the Seventies, and this new idea of constitutional identity of the Member States, that was included in Article 4 of the Treaty on European Union with the Treaty of Lisbon in 2009. In addition to having integrated a purely “internal” doctrine into a source of the European Union law, this gives us the idea of the composite nature of the legal order at the Constitutional level and at the level of the European Union.

Secondly, the further innovation is that into practice – at least, this is my interpretation – we are facing the first application of the doctrine of the “counter-limits”, even if not formally. The last decision of the Italian Constitutional Court was indeed to reject the questions, meaning not to declare the unconstitutionality of the law that authorized the ratification of the European Treaties. However, in practice, the Court responded in a negative way to the mediation attempted by the European Court of Justice, and therefore declared that, regardless of the first judgment of the Court of Justice which setted the “Taricco rule”. Regardless of the framework conditions, the Italian legal order cannot accept any limit by the EU law to the institution of the proscription.

The “Taricco saga” seems to have brought out a sort of “renewed protagonism” of the Italian Constitutional Court: in your opinion, which are the reasons behind the strengthening of the Court’s key role in managing the relationship between domestic law and the European Union law?

From this point of view, Italy has had a different approach to the European integration that was different than the other States. While the other States have repeatedly modified their Constitutions in order to regulate the relationship between domestic and European law, through a political decision such as the constitutional revision, Italy still bases its relationship with the European Union on the Article 11, which was however established for a completely different purpose, such as Italy’s participation in the United Nations and in general in international organizations. If it has been possible to maintain the same constitutional provision in a relationship that has completely changed – firstly with the creation of the European Communities, and then with the creation of the European Union and with the various modifications of the Treaties – it is thanks to the fact that Article 11 has had an evolutionary interpretation given by the Constitutional Court. This is confirmed precisely by the “Taricco saga”. The Constitutional Court presents itself as the only one interpreter of the Constitution, and therefore as the only one that – through Article 11 and its interpretations – can define which elements of European Union law violate or may violate the primary principles of our Constitution, and which can be interpreted in a constitutionally compliant manner instead. 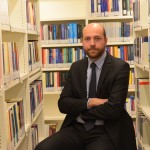 The Italian Parliament has the full sovereign power to decide taxes and expenditure, but power also means responsibilities

There is a widespread impression that the rejection by the Commission of the initial budget proposed by the Italian government in October contributed to the renewed increase in the risk spread on Italian government bonds. However, there is no real reason for such a link.