The European Parliament Elections of 2019. A book by Luiss CISE and Maastricht University

The first European Parliament elections after the Brexit referendum; the first after the election of Donald Trump and the success of populist parties (and the instalment of “populist” governments) around Europe; the first EP elections testing the institutionalization of the Spitzenkandidaten mechanism – the innovation that sought to link EP elections to the choice between candidates for President of the European Commission. The European Parliament elections of 2019 were a first in many aspects, pointing to relevant questions that might be answered once the votes were in.

This is a book about those elections. In it a large group of scholars (featuring 50 authors from 30 different countries) explore the nature of these elections in a twofold manner: the first part of the book explains the outcome and the implications of the elections in a comparative, wide-ranging perspective that spans all of the 28 EU countries; in the second part, experts from each of those EU member countries take a similar approach for each country, by describing and discussing the elections there in detail.

The overall objective of this book is to provide a comprehensive and overarching, yet systematic and detailed analysis of the election outcome. It aims at shedding light on why these elections were important and in what ways they may even have been pathbreaking, perhaps initiating a new era in which EP elections have palpable consequences, possibly bringing more European citizens to the polls. From a turnout perspective, the 2019 EP elections were quite remarkable: the first such election in decades to exceed 50% turnout, with an overall increase of 8.4 percentage points with respect to 2014, and increases observed in 21 of the 28 member countries. In addition, this election also may be the first to exhibit a common dynamic across all of the EU in swings of vote shares between party groups – a “Europeanization” of EP voting. All these aspects are discussed in detail in a book which – in a timely fashion – is offered as a guide and reference to scholars, practitioners and interested citizens alike. 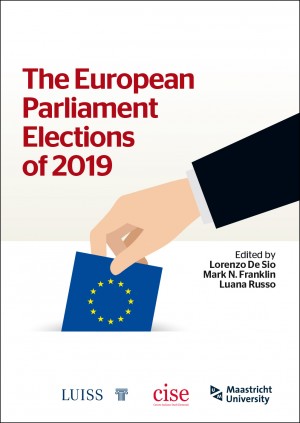 The European Parliament Elections of 2019

Lorenzo De Sio is associate professor of Political Science at LUISS. A Campbell National Fellow at Stanford University, he is a coordinator of the CISE (Italian Center for Electoral Studies)

Mark N. Franklin  is the John R. Reitemeyer Professor Emeritus at Trinity College Connecticut (USA). With twenty books and over one hundred refereed articles, he is one of the leading experts on  elections, voters, parties and public policy.

This interview with Daniele Gallo seeks to examine the relationship between EU law and the Italian legal order in light of the recent Italian Constitutional Court (ICC)’s jurisprudence attempting to redefine EU core principles.

Is voting worthwhile? (Political philosophy of voting, part I)

Ahead of the Italian elections, in a two-parts essay published on LUISS Open, Gianfranco Pellegrino poses some moral and political questions on voting: is voting worthwhile? Is it a duty that the State should eventually make compulsory? Is it permissible to trade votes? All the answers in our column Moral Sentiments

The roller coaster riding bitcoin is scaring the banks – and not just them. A guide to understanding its potential as well as its limits

The last few days saw bitcoins reaching the record value of USD 11,000. Apart from this last peak, happening in a market that is proving quite volatile, currently between 9000 and 10000 US dollars are needed to buy a single unit of the most popular – not the only one – of all cryptocurrencies to enter a market worth roughly 170 billion dollars

Why a referendum on autonomy? Because Italian regionalism, so far, has been disappointing

On October 22, the Lombardy and Veneto Regions of Italy will vote to decide on the request for greater autonomy. Constitutionalist Valerio Onida, in an essay from an upcoming book, illustrates the genetic limitations and possible changes for the Italian Regions