What are the main empirical results that emerge from your research, aimed at outlining how Internet influences political choices?

In a preliminary phase, our analysis focuses on the effects of the Internet on electoral participation in the short term, in the years immediately after the introduction of broadband Internet, when the Internet started to become accessible to the general public. What we observed from comparing “pre-ADSL” elections (1996-2001) with those held “post-ADSL”, after citizens had started using these technologies (2006-2008), is that there has been a decrease in electoral participation. At first glance, this could be interpreted as a negative effect of the Internet: many theories suggest that this is specifically due to the fact that the Internet offers new forms of distraction and entertainment, predominantly social networks such as YouTube and Facebook: as a consequence, the electorate has reduced its use of political content, simply becoming less interested in politics and thus less informed and participatory. Indeed, certain previous studies conducted in other countries come to this conclusion.

Nevertheless, we were not completely convinced that this fully explained diminished electoral participation, and therefore we conducted more in-depth research. First of all, we sought to determine for what type of voters this decrease in electoral participation had been registered. We observed that voters who did not vote in the 2006-2008 elections were those who had previously cast a so-called “protest vote”, voters of the most marginal parties, outside the main center-right and center-left coalitions.  These voters, immediately after the introduction of ADSL, replaced their “protest vote” with apparent disaffection, which took the form of electoral absenteeism. However, other data clearly show that such voters are certainly not disinterested voters, quite the contrary; given the very fact that they express a “protest vote” by voting for more extremist parties, or in any case outside the main coalitions, they are interested in politics as much as voters of the traditional parties, if not more.

This has led us to investigate even deeper, moving on two fronts for which our analysis is innovative with respect to the previous literature on the impact of new technologies on electoral participation.

Secondly, we wanted to analyze the effects of the introduction of the Internet in the long term, focusing specifically on the results of the elections in 2013, the last year considered by our analysis. We found that the initial negative effect, for which the Internet had decreased electoral participation up to 2008, was canceled in 2013. This suggests that those disenchanted but politically committed voters, who with the advent of ADSL had momentarily shifted to the  new forms of online political participation, subsequently re-emerged, “re-mobilized” in some way by new political actors – specifically, by the experience of the Five Stars Movement. This brought them back to the polls: that is, back to a traditional form of political participation.

Remaining on the subject of the Five Star Movement, how does the “exit-voice-loyalty” paradigm, a recurring element in your paper, apply?

In his essay Exit, Voice, and Loyalty, Albert Hirshman defines these three voices as the three possible answers that can be given to a system that does not work (be it political systems or even other private systems). In a context in which citizens are displeased or dissatisfied with the political system, the possibilities are naturally to exert their “voice”, that is, protest, try to stimulate the parties, or “exit”, and then abstain. From this point of view, the Internet creates a highly particular dynamic, because the initial “exit” that we observe is, in reality, a “voice”, except that from “participating in traditional forms of protest” it has become “going on the Internet to talk about politics online”. As an economist, let me say that this is what happens on the political “demand side”: there is a demand from citizens concerning, for example, the entering into politics of a specific person, or the dealing with a new topic, and so on. Naturally, there is also the “supply side”, which is the response of the political subjects to the citizens’ demand. The Internet has favored this encounter between “demand” and “supply” and has thus made it possible for new political actors to emerge more easily: in the Italian context, this is the case with the Five Star Movement. Among other things, another difference from what happened before the Internet, when creating a political party involved high fixed costs, was that, by virtue of the Internet, this occurred through a simple low-cost platform, thereby proving the fact that also considering the economic factor leads to a greater understanding of  the evolution of certain dynamics. In essence, the Internet has lowered the barriers-to-entry to the political market, and therefore new actors have been able to respond to the political “demand” relatively quickly, by creating an online platform and favoring the emergence of new political subjects.

Another feature of the possible effects of the Internet that should be explored nowadays is political polarization, a subject which is already widely discussed by research. On one hand, the positive effect of online platforms is that they facilitate political participation, and moving people to participate in elections is something positive, regardless of their political ideas. On the other hand, however, a much-debated effect of using these platforms is the possible emergence of a strong political polarization, where citizens begin to take political positions which are increasingly extreme, which are therefore increasingly difficult to change. This is a problem when it comes to  the implementation of public policies, given that ideally citizens would “respond exactly to what they see”, without being easily influenced. Even in the United States this is a highly debated topic, because the available data show that political polarization has also dramatically increased there. It is thus essential to understand how much this process is due to the Internet and how much is due to other factors, such as traditional media, since they too have become highly polarized at this point.

Do you think that the results of your research, based on the Italian case, could also be applicable to other European and international contexts?

Absolutely: the fact that the Internet can be a mobilization platform with relatively low barriers-to-entry is certainly not a specific feature of the Italian context. Looking at various international experiences, we can think, for example, of Barack Obama, who was a so-called “underdog”, a non-mainstream politician in his party, who nonetheless managed to emerge thanks to online mobilization. And Donald Trump himself has stated that without the Internet he would not be President. There are various experiences that follow this route. In our paper we also cite numerous other cases, ranging from the experiences of the Scandinavian “Pirate Parties”, to some parties in India, or even the case of Alerei Navalny, Putin’s greatest opponent, who has achieved a certain notoriety thanks to a blog in which he denounced the corruption of State enterprises. It is clear that in political contexts where there is no censorship, or where it is limited, and in which Internet access is free, at least partially, these dynamics can be triggered, so that it is easier for new political subjects to emerge and channel the citizens’ “demand”.

In your paper you talk about “local online groups” and “web friendly” parties: can you briefly describe what their role was in the last parliamentary elections?

In the specific context of our analysis, the “local online groups” were the groups on Meetup.com, while the “web friendly” parties were those parties that were the first to understood the potential of the new technology. Apart from the clearly more significant experience of the Five Star Movement, it is interesting, for example, how another small party emerged, called “Act to Stop the Decline” and consisting of economists, no less. Even in that case, it all started with a blog, and the positive effect of the Internet on their vote was evident. This is to affirm in general how different political subjects who have chosen to use the Internet, that is, an online platform, have then obtained more votes in the cities where the Internet came first, precisely because they managed to re-mobilize voters through these channels.

As for the current situation, what seems to emerge after the last political elections is that, with the increasing explosion of the use of web platforms and social media in recent years, these technologies continue to play an important role in mobilizing the political machine. Think, for example, of the further growth of the Five Star Movement, or of the growth of the League, both being parties that make extensive use of social media, or again of the case of Trump in the United States. Of course,  in-depth analyzes must be performed to clarify the cause-effect relationships, which could be a topic for future research.

In conclusion, a more general question about the research activity: what do you think of financed research relating to the growth and internationalization of a university like Luiss?

It is certainly important to have administrative, logistical and support for this purpose by the University. Clearly, the European calls are opportunities which all of us researchers observe with interest: we try to understand how to get the available funds, and therefore it is certainly essential to have this type of support, or that the University itself gives us information about what opportunities there are, given that there are many. At the same time, however, I think it is essential to support and fund even so-called “basic research”, through which researchers can reach the level that will allow them to obtain the most prestigious funds, for which they must have already matured experience and developed their own research. For this reason, I believe that the incentives and funding that allow researchers to undertake their own “basic research” are also central; funding that Luiss has recently introduced, as it allows researchers to reach a certain stage. Because if you aim to carry out “funded research” you first need to build an “appealing” profile at an European and international level, and this entails having had access to the necessary resources to go abroad, to interact with other realities, and then to create future research teams. And so I would say that there must be a certain complementarity between the funding allocated to “basic research” and the activities aimed to promoting “funded research”.

Politics 2.0: The Multifaceted Effect of Broadband Internet on Political Participation 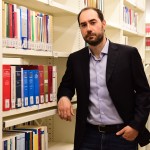 The Euro’s innocence. An excerpt from Martin Sandbu’s new book

A second extract from Martin Sandbu’s book on the European Single Currency and the economic crisis. The Italian translation of the volume will be out soon for LUISS University Press