Your research is of practical relevance for managers and professionals who deal with company reshoring decisions. Based on your professional experience, what are the advantages that a company can derive from the opportunity to turn to a university institution to carry out research?

The first fundamental advantage is the scientific approach: I think that the central element that sets a research center apart from an external actor, such as a consulting firm or a market research firm, is the methodological rigor involved. Next to this I would put specific knowledge on the topic: researchers usually have access to the most recent literature, and the constant review work on the topics inevitably generates knowledge. Furthermore, what certainly gives the real additional value is the union between knowledge and the scientific method itself, and such a union cannot be easily found outside an academic institution.

In terms of your paper, what is “reshoring”, and how does your research differ from previous research in the field of the international business?

“Reshoring” is the company’s decision to bring production back to the country of origin. The reasons for the positive reception of our research arise from the new perspective from which we studied this topic. Generally, reshoring is related to international business, and is thus studied from a perspective similar to that from which the opposite phenomenon, “offshoring”, is studied, namely by focusing on costs and resources. In almost all cases, research on reshoring was carried out from the company’s point of view, either linked to companies or to the relationship between them and the network or the environment around them. Our research took a different angle, given that we wanted to study the effects that reshoring can have on the market, considering the consumers’ point of view: in fact, our research reveals that the way in which the country of origin perceives the reshoring decision has a strong impact on the company’s performance.

For example, a positive sentiment towards reshoring can be linked to a perception that the company’s products are of a higher quality. This is a fairly important topic, especially in Italy, because naturally the first advantage of productions that return to Italy is that it becomes “Made in Italy” once again, which is perceived as a guarantee of high quality. Of course, our study focused on Italy and the United States, and returning to Italy with the numbers involved for the Italian market is notably different from returning to the United States with its US market numbers: nevertheless, what clearly emerges from our research is that this phenomenon is also replicated in the context of a wider market.

The objective and result of your research was to build a “CRS – Consumer Reshoring Sentiment scale”, which considers 6 demand-based drivers to be taken into account when evaluating reshoring. Can you tell us about this CRS scale? How was it developed?

The work was quite long, because our research followed the procedure and methodology for the scale development, which requires various steps and various studies. The scale we have built and validated is the “CRS – Consumer Reshoring Sentiment scale”, which seeks to map the main beliefs that people have regarding the reshoring decision. Therefore, the idea was to study how such a decision is perceived by consumers and to attempt to “quantify” this perception.

The first step was to build a set of beliefs. We did this partly through the literature conversely compared to offshoring, and partly through an in-depth initial qualitative study that helped us to develop the initial taxonomy. We identified a set of positive beliefs, structured around 6 main elements of advantage that consumers perceive as derived from the reshoring, and which can therefore constitute the demand-based drivers that the company must take into account when evaluating this decision.

The first element of advantage is linked to the perceived superior quality of the reshored production: returning to produce in the country of origin is perceived by many as a greater indicator of quality compared to producing elsewhere. A second positive belief is that returning home allows the company to fulfil the specific needs of its country. The third belief is linked to this is, as people think that reshoring decisions should be supported by the government precisely because they promote the welfare of the country. Then there is the matter of competence: many people think that returning also means being able to benefit from the skills of conational workers, perceived as much more specialized than those of workers in foreign countries.

In addition to these, we have also identified a set of beliefs that has a more ethical and moral nature. In the collective imagination, very often offshoring decisions are linked to the fact that producing in other countries allows companies to circumvent a whole series of rules concerning environmental protection, the treatment of human resources, and so on, which are established by the country of origin. Therefore, conversely, a reshoring decision reassures many consumers that the company’s production respects the national requirements for the correct use of the workforce and respect for the environment.

Lastly, there is another belief, which is more emotional and somewhat more “patriotic” which we called “the made in effect”. The idea that a product is “made in US” or “made in Italy” always stimulates an emotional dimension that we can link to a sort of patriotism, a sort of positive “ethnocentrism”, which in some ways lends an affective connotation to reshoring decisions.

What effects will the use of the CRS scale have for a company which is evaluating reshoring?

For companies, the result of the CRS scale could represent a sort of additional variable within an ideal “reshoring decision function”. Clearly, costs, resources and all organizational issues must always be taken into account when a company is considering reshoring; however, the use of the scale can certainly provide an added value to better understand its potential effects on the demand-side of the internal market of the country to which the company returns. One might be tempted to consider this issue to be of lesser significance, given that it has been studied in relation to the Italian market which is relatively small in scale, but our further studies show that this is actually true also for markets that have more imposing scales, such as in the US.

What role does the use of social media play in the development of the research, especially in terms of segmentation and the targeting of the markets of the countries of origin?

The way we collect this kind of data is always a very sensitive issue. Precisely for this reason, however, the use of social media can be decisive, as all the necessary information can be collected through the fan-pages or the other social profiles which are directly administrated by the companies. Certain tools can easily become channels through which the company can capture the perception, the “sentiment”, of its fan-base quite clearly, for example through simple quizzes, surveys or online questions.

This can also be done in an unstructured way, by investigating the 6 dimensions of the CRS scale one at a time. In fact, each of them can become the subject of a specific communication initiative: for example, one day we can talk about “what do you think of the ‘made in’?”, another about “the quality of products made in your country”, and so on. In this way, the company could also decide to measure the consumers’ sentiments on a periodic basis, establishing a baseline and progressively observing the trend. This way of interacting is highly useful, because at a very low cost and in a very simple way it gives access to important information that allows the company to understand what dimensions could be used as a leverage for a marketing campaign, or to focus on a specific target based on the fan’s reactions.

What developments do you foresee for your research?

Actually, we have already worked on two studies following this, and both papers have recently been published online.

In the first one, Consumer Reshoring Sentiment and Animosity: expanding our understanding of market responses to reshoring (MIR Management International Review, 2019), we investigated the effect on the CRS scale produced by the “animosity”, that is, a negative attitude towards the foreign country from which the company returns.

We observed that the fact that the company returns from a country perceived as an “enemy” generates a sort of amplification and enhancement of the positive feeling towards reshoring, because somehow the enmity towards that country makes the decision of returning home even more attractive. Therefore, in this second research we connected the “Sentiment” to the “Animosity”, and we showed that the return is even more profitable when the company returns from a country towards which the internal orientation is particularly adverse.

The second study, The effects of reshoring decisions on employees (Personnel Review, 2019), concerned instead a different stakeholder: the employees of the company that decides to reshore. This research was carried out in collaboration with a number of companies, one of which allowed us to gather the opinions of its employees regarding its decision to return to Italy, thus we applied the CRS scale to a target different than consumers.

Our underlying belief is that offshoring and reshoring are decisions that can be perceived as positive or negative towards the reference community: in this sense they can take on the role of decisions of social irresponsibility/responsibility. While consumers especially perceive corporate social responsibility in ethical and social terms, in this second study we focused on the perception of another fundamental stakeholder, namely the employees of the company. We have observed that the reshoring decision has a strong adhesive effect on the employees, not only towards the community to which they belong, but also towards the company itself. The employee, indeed, tends to feel proud of the fact that his company is returning to his homeland, and in a certain sense grateful to the company because he perceives that it is working for the welfare of the country and the reference community. It follows that reshoring can also serve as a significant motivational lever, as employees tend to feel more connected to the company when they have a positive idea of it, and they develop a stronger sense of belonging: in my opinion, this is the most seminal aspect of the study.

Reshoring from a demand-side perspective: Consumer reshoring sentiment and its market effects 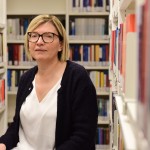 Professor at Luiss Department of Business and Management and member of the Luiss X.ITE research center.