Let’s start from the basics: who are the “business angels”, what are “BA networks”, and why is their role increasingly important?

“Business angels” (BAs) are individuals who evaluate, select and eventually finance innovative business projects that they believe are promising. “Business angels networks” (BANs) are simply business angels associations, and the tool through which they organize themselves. Networks are important because they function as intermediaries and facilitate the passage of information from the demand, namely the entrepreneur who proposes the project, to the supply, namely the business angel who finances it.

To better explain why BANs are important, let me start with a preliminary observation. The innovation financing market is particularly frictional and imperfect, and this is due to the nature of the innovative process itself. In fact, innovation is an extremely uncertain process, as its outcome is uncertain. It is also a process that presents major information problems, with strong information asymmetries between the entrepreneur asking for the funds and the financier who is supposed to offer them. Such uncertainty and information problems render traditional financial markets, such as the banking market, extremely inefficient in these cases. This is the reason why in recent decades “alternative financial markets” – compared to the traditional credit market – have taken hold in financing innovation: the leading examples are “venture capital” and “business angels”. These markets share some common characteristics: for example, both the business angel and the venture capitalist offer not only the funds, but also their skills, such as their technical or managerial skills, and their knowledge of the sector, and this reduces the uncertainty and information asymmetries that we highlighted earlier. Therefore, even if these markets have taken root in certain countries more than in others, the reason why they have become so seminal is precisely that they offer a way to overcome the intrinsic frictions of the innovation financing market.

Your research studies how a general business project can become a start-up company, through an empirical verification of the functioning of the so-called “matching function”. Can you tell us about this?

This question allows me to talk about the research project that I worked on together with Angela Cipollone. The BA literature is still very modest, especially in economics. To date, in fact, the literature has mainly focused on the characteristics of the business angels: who they are and what they do, or on the contractual content of the relationship between the entrepreneur and the financier. What is still largely unexplored, and what we have to a certain extent begun to study – as economists and not as management scholars – is the BA market aggregate behavior, or the aggregate characteristics of the encounter between the demand for funds made by entrepreneurs and the supply of funds made by the financiers. The aim of the project was therefore to study the BA market from an economic perspective, seeking to evaluate the entire market, its efficiency and the way it works. Our results are merged into two papers: Entrepreneurs meet financiers: Evidence from the business angel market (Journal of Business Venturing, 2019) and Market frictions in entrepreneurial innovation: Theory and evidence (Journal of Economic Behavior and Organization, 2019).

Referring precisely to this paper, could you briefly describe what the analysis consisted of, and what conclusions were reached?

For this phase of the analysis, we collected data on the BA market for 17 OECD countries for a period of approximately 20 years, from 1996 to 2014, and we basically estimated the matching function for each country over time. Without going into too much technicality, I think there are two main interesting aspects that we have pointed out, and which we also discuss in the second paper, Market frictions in entrepreneurial innovation.

The first is the strong complementarity between the fund demand and supply. By “complementarity” I mean a positive relationship between the two, which positively influence each other, a mutual causal relationship between the fund demand and supply. Simply put, it means that both in time and in space the number of entrepreneurs reacts positively to the number of financiers, and vice versa: financiers and entrepreneurs are attracted by places and moments in which there are many entrepreneurs or many financiers. Now, this complementarity ends up having two important implications as regards the aggregate characteristics of the market, because it allows us to explain two empirical regularities that we observe in the BA market.

The first regularity is well known, and concerns the fact that there is a strong geographical concentration of the BA markets: the classic example is that of Silicon Valley, where thousands of entrepreneurs and financiers are concentrated within a small space. Geographical concentration may depend on many factors, but one could be precisely this complementarity between supply and demand: an entrepreneur wants to go to a place where he is most likely to find his match, namely someone who will actually finance his project, and in the same way the financer wants to go to the place where he is most likely to find a promising project.

A second regularity that we observe empirically in the BA markets and that could arise from this complementarity is a slightly less known aspect, namely the fact that the BA market is a very volatile market. If observed over time, investments are subject to patterns that economists call “boom and bust”, in that they are subject to strong fluctuations: one year many investments are made, the following year the number drops significantly, then goes up again, then goes down, and so on. Now, the complementarity between demand and supply of funds could also explain this strong fluctuation. For example, let’s suppose that Italy experiences a sudden positive shock from abroad, which renders entrepreneurs more optimistic. They feel more confident that their project will be successful, and therefore they make more applications. Due to this complementarity, “a greater number of entrepreneurs” attracts “a greater number of financiers”, and “a greater number of financiers” feeds back and re-attracts “a greater number of entrepreneurs”. Therefore, a sort of positive “domino effect” is created, a virtuous circle is triggered, whereby the total effect of that first positive shock is actually amplified, and ends up being greater than it would have been without this complementarity. In other words, what economists call “multiplier effect” occurs, whereby the total effect is larger than the initial effect. This could satisfactorily explain the volatility of the BA market, because due to this complementarity a small shock is sufficient to trigger significant reactions and feedbacks, which would explain the oscillation. While I made the example of a positive shock that triggers a virtuous circle, whereas the opposite example could also be made, where a negative shock determines a vicious circle, and therefore a pronounced deterioration in BA investments.

To introduce the second notable aspect that emerges from our work, in addition to complementarity, I must make a premise: one of the most interesting questions when analyzing the efficiency of a market is certainly to understand what its efficiency depends on. Market efficiency is often thought to depend on its size, so that a larger market is a more efficient market. In reality, By estimating the matching function, we find that in the BA market there are no economies of scale at the aggregate level: in other words, we have discovered that it is not true that the largest BA markets are also the most efficient, and therefore their efficiency does not seem to be related to their size – where by “efficiency” I simply mean the number of successful deals in relation to the number of applications. This has rather important policy implications, because normally a strong argument in favor of public intervention in the market is precisely this: since a “small” market is inefficient, what is necessary is an initial intervention by the policy maker that enables it to grow. For the BA market, however, such a hypothesis is not backed up by the evidence.

What are the future prospects for your research?

This question allows me to elaborate upon this last issue, because an obvious future prospect is to consider the policy implications, and the debate is already quite heated as it also concerns ideological issues on the role of the government. Our work is by no means the last word on this topic: indeed, from this point of view it is perhaps the first word, for several reasons. First, because, as I said, our work is one of the first that seeks to evaluate the total, aggregate efficiency of this market. Second, because unfortunately the data that we could use are not the best, and poor data quality is one of the reasons why this area is still largely unexplored. Therefore, considerably more work and more refined data are certainly needed to draw more certain conclusions about the policy implications.

In your opinion, what are the most significant issues that a researcher who approaches the entrepreneurial finance market could face?

There are many issues that can be addressed in this area: as I said, entrepreneurial finance from the point of view of economists is a largely unexplored field of research. I believe that it is of central importance to try to gain a thorough perspective on this market, because the financing of innovation is fundamental for the future: one of the highest intellectual achievements in economics is that the innovative process and technological progress are the engine of economic growth. So the questions on the performance of innovation financing markets are really among the most crucial that we can ask ourselves, and such questions are numerous indeed.

For example, the nature of the relationship between venture capital and business angels could be investigated, to ascertain if they are complementary markets and one helps the other, or rather if they are substitutes. And this should be analyzed both from a theoretical and an empirical point of view.

Another issue that would be interesting, even if somewhat more technical, concerns the real role of business angels in promoting the performance of companies. Here we are trying to quantify the impact that business angels have on the companies and the projects they finance. This question may seem easy and harmless: at first glance, to answer you just need to compare the companies that are financed by business angels with those that are not and observe the performance differences. In reality, however, it is not an easy question at all, because the two groups of companies are markedly different, not in the least homogeneous, and thus they are not comparable, because business angels do not randomly choose which companies to finance and which to dismiss. It would thus first be necessary to understand whether the companies that were financed were and performing better even before the intervention of the business angel, or if they become better after such an intervention. So, from an empirical and econometric point of view this is a rather subtle question, which is difficult to answer also given the scarcity of good data at our disposal. 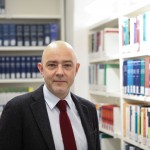