The article analyzes the way in which the Italian Constitutional Court (ICC) – with reference to fundamental rights – has tried to reformulate the relationship between EU law and the Italian legal system through two “key” sentences. What are the crucial issues that emerge from the decisions the Court has taken?

The two pronouncements in question are the most commented upon in recent decades by scholars of European law and constitutional law. The subject of no. 269 is the protection of basic rights, thus a very broad category. The ruling stipulates that the common judge – which means Italian judicial authorities, including the Court of Cassation – must first raise the issue before the Constitutional Court if there is a problem of incompatibility between the national law and European Union law whenever the protection of basic rights is at stake.  The judge must first go before the Constitutional Court, and then before the Court of Justice: the result is a significant centralization of powers and competences within the Constitutional Court, to the disadvantage of the European Union Court of Justice. No. 269 stipulates this also when, and here we enter a theme that is central for Europeanists, the EU rule that protects the European Union Basic rights law is immediately applicable, thus leading inevitably to a non-application of national law that contrasts with European law.

Therefore, even when a rule is directly effective, the judge must not disapply the national rule or go to the Court of Justice, but always go to the Constitutional Court. This is a highly significant change.

The Constitutional Court, in the ruling n. 115, , on the one hand recognizes the limitation made of its jurisprudence by the Court of Justice, while also takes the opportunity to reaffirm itself and to reaffirm the powers and competences it possesses, as stipulated by n. 269. The Constitutional Court in the Taricco II ruling of 2018 believes that the rule that had been enucleated by the Court of Justice with reference to this case can never penetrate the Italian system as there is a supreme principle of our system at stake and anyway it should be foreseen by a legislator and not enucleated by a Court.

What are the fundamental principles of the so-called “Simmenthal doctrine”, and in what way have they been revolutionized by the approach of the recent law case of the Italian Constitutional Court (ICC)?

The Simmenthal doctrine was developed by the European Union Court of Justice in the 1970s and states that there are two principles guiding the European legal system and relations with the national legal systems of all the Member States, of which there are currently 27. When there is a rule of EU law which conflicts with a rule of the national law, the rule of EU law, given the principles of primacy and direct effect, imposes upon national authorities, including judges, to set aside the national rule.

– Direct effect: this means that the rule of European Union law can be directly invoked by the individual and is immediately applicable in the present case and that the directly effective rule, together with the principle of primacy, obliges the judge or authority to disapply national law.

The Simmenthal doctrine was questioned by ICC in in the two judgments cited above: no. 269 and no. 115. In terms of the first ruling, the ICC argues that when basic rights are at stake, the judge must not immediately disapply the conflicting national law, even if the European rule is directly effective. In ruling no. 115, the Constitutional Court interprets in its own way what is directly effective and what is not, according to European Union law; a competence which should actually fall to the Court of Justice.

What is the role of the European Court of Justice in the search for the balance between sovereignty and supranationality in the context of the relationship between EU law and national legal systems?

The thesis that I have sought to develop in this article is the same as that found in my book published in 2018 for Giuffrè (L’efficacia diretta del diritto dell’Unione europea negli ordinamenti nazionali: evoluzione di una dottrina ancora controversa). To my mind, the Constitutional Court reacted so proactively in responding to the Court of Justice by questioning some pillars of the relationship between the two Courts because the Court of Justice would have had to do what it did for many years, at least in the first decades of its institution (the 60s, 70s, 80s) and which has not been doing for some time: acting as an authentically supranational Court, taking the judges of the different jurisdictions and the different member countries by the hand and, clarifying and developing its doctrine as it did in Simmenthal in the 70s, bring them towards the resolution of the antinomies and contrasts between the two systems.

The judicial activism of the Constitutional Court is the product, in my view, of an excessive minimalism by the Court of Justice, which should instead be more daring and courageous, as it has been for several decades. Among other things, the Court of Justice, in addition to being minimalist in arguing, developing, identifying the pillars of some cardinal principles of European law, is often, in substance, also highly intrusive because it questions the autonomy and the jurisdiction of the Constitutional Court, coming to conclusions comparable to what a Federal Court could reach. So, the Court of Justice is a supranational court of an international organization, and yet it seems to behave in essence somewhat like the United States Supreme Court. There is thus a problem that revolves around the fact that the Court of Justice, on the one hand, is too self-restraint in arguing the crux of these principles, whereas whenever it has to decide the concrete case it seems too intrusive and too damaging to the sovereignty of the jurisdictions of the Member States.

What should be the new frontiers of university research in this field and the basic skills of a researcher who is studying these topics?

The researcher must have a natural predisposition and curiosity towards cultural systems and codes, included the juridical codes, different from the Italian one. This means that he should undertake structured experiences abroad and draw a constant comparison with literature, doctrine and jurisprudence of the EU and the other member states. The goal is to contribute to the growth of legal science in Italy and abroad: therefore, writing in English and French is as necessary as writing in Italian.

I believe that today we are witnessing a period of crisis from which the researcher must draw certain principles, conceptual categories, theoretical cornerstones and have the courage to face, to question and to criticize even the Court constitutional and the Court of Justice. There is a need to go back to the Classics, as Calvino would say, and therefore to have the courage to confront these categories.

Culturally there exists the idea that it is better to be experts in one sector rather than to range, to dare, to have an overview; however, in my opinion, that is precisely the ambitious (in its most beautiful and positive meaning) attitude we need today. 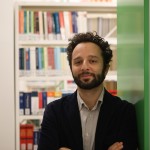 Daniele Gallo is Associate Professor of EU Law at the Law Department of Luiss University.

The European Parliament Elections of 2019. A book by Luiss CISE and Maastricht University

The first European Parliament elections after the Brexit referendum, the first after the election of Donald Trump and the success of populist parties (and the instalment of “populist” governments) around Europe. The European Parliament elections of 2019 were a first in many aspects, pointing to relevant questions that might be answered once the votes were in. A new work by Luiss CISE