A large economic literature exists, between access to credit, financial aspects and exports. Already in the mid-2000s, both from a theoretical and an empirical point of view, a clear correlation was found between the lack of access to credit and difficulties in accessing international markets. This is mainly due to problems related to the costs of entering the export market which, combined with financial problems, reduce the ability to participate. International trade collapsed between 2008 and 2009 following the financial crisis that came with the bankruptcy of Lehman Brothers. The collapse of international trade is normal in times of recession, but since the post-war period the proportion between the collapse of GDP and the collapse of international trade had never been so far-reaching.

There are many theories on the causes of the collapse of international trade in 2008. One of the main theories is related to the role of finance, and in particular to the role of access to credit for businesses. Our study, examining a sample of European companies, attests to how lending technologies have played a fundamental role in this context. This point calls for a premise: in the banking literature there is a wide debate on the role of lending technologies. In particular, especially in the more bank-centric countries (such as Italy, Germany or Japan),  literature has developed on the role of relationship lending, which suggests that a closer relationship between the bank’s loan officer and the company’s managers may reduce the information asymmetries present in the credit relationship. This occurs through two main channels: 1) the accumulation of previous information through the contacts between the loan officer, the company and its reference environment; 2) the access to qualitative information (soft information), which may contain an assessment of the company’s future prospects, information that is difficult to find in the financial statements.

Referring again to the role of relationship lending, various articles show how the relationship is more important for more opaque companies, namely those companies that show greater information asymmetries. Businesses are usually perceived as more opaque either when they are smaller, they have less clear balance sheets for the bank (for example, an uncertified balance sheet), or when they are younger and have a much more limited credit history. The banking literature therefore stressed that smaller and younger companies have the greatest problems in accessing credit. This is a very significant problem, especially for countries like Italy whose economic structure is based on small businesses. This explains why our study finds that the link between banks’ access to soft information and export resilience during the 2008-2009 crisis is particularly strong for SMEs and younger businesses. The role of information between the bank and the company is also pronounced for companies that have approached foreign markets for a relatively short time, so there is no public information available on their export activities. In fact, in the article we find that the impact of soft information and credit relations are more important for companies that are in the initial stages of the export process (i.e. firms not regularly exporting or exporting to only one country).
Tenendo conto delle tecnologie di prestito delle banche, in che modo la regolamentazione e la vigilanza bancaria possono moderare meglio l’impatto degli shock finanziari?

The literature on these aspects shows a dual role of supervisory regulation. Banking supervision can certainly mitigate financial shock problems by reducing their risk. Let us remember that the crisis of 2008 stemmed from a failure of financial regulation and supervision and that after that period there was a wave of new regulation of the financial markets. Therefore, on the one hand, supervision can prevent financial crises, on the other, however, especially as developed in Europe, it risks acting as a brake on the ability of banks, especially small banks, to develop relationship-based business models. Regulation thus risks becoming a brake on the role of relationship lending. This is particularly the case in Europe, where the regulatory model was based almost entirely on the idea that one size fits all, therefore there is no particular differentiation between regulation of large banks and smaller banks, in contrast to what has been done in the United States. This makes it very difficult for small banks to use lending technologies related more to the relationship, both for compliance problems and for capital problems. As smaller companies, or younger companies, are the riskiest companies, it follows that they require more capital from banks. As a result, regulation can also have an amplifying effect on shocks because it reduces the ability, in particular of small banks, to use soft information.

First of all, it must be highlighted that the pre-existing contexts of the two crises are very different. The 2008 crisis came at a time when international trade had grown tremendously, and globalization was viewed favorably by all national and supranational authorities. The current context is a little different: we have witnessed a strong distrust of globalization for years, both in public opinion and some governments (just think of Trump’s policies). We therefore come from two different contexts. To date, the COVID-19 emergency has already produced a contraction in international trade, not least because this emergency, unlike the crisis of 2008, has led directly to a blockage of production. Furthermore, the organization of production in global value chains had already affected international trade during the period when Coronavirus mainly concerned China and not the Western world: the blockade of Chinese production also led to a reduction in production in the United States and Europe (there was talk, for example, of Apple’s higher costs because their components were not arriving from China). Now that, in reality, the whole world is blocked, there will be a meltdown of international trade for which it is difficult to imagine a way out. A supply and demand crisis is emerging as production is blocked in many sectors and, due to the blockage of production, many people will lose their jobs, which means that there will also be a collapse in demand. We will thus have a sharp contraction in international trade and the responses will have to be different than in 2008. In this context, the main role will be in the hands of fiscal policy rather than monetary policy: primarily it will be up to governments to react. 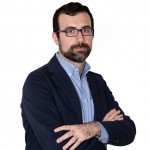