In the classical model of representation, in fact, the reverse process is presumed: it is assumed that citizens have diverse opinions, and it is parties that compete to represent them. Nonetheless, a recent line of research has highlighted how the opposite sometimes occurs: on many issues, especially the most complex, citizens often do not have clear opinions and then resort to political parties as heuristics, “cognitive shortcuts”, i.e. guides to understand how one should think about a certain issue. Research has indeed shown that not only do the parties represent the opinions of citizens as in the classic model, but that often the opposite actually happens: citizens, if they have a party to which they feel particularly close, let themselves be guided by that party on certain themes. Our research has demonstrated that this effect can also be very powerful and can even be present with new parties, that is, those that have been founded only recently. In particular, our research was carried out on the 2013 elections in Italy and we found that even in the case of relatively new parties, such as “Scelta Civica” (Mario Monti’s party) and the “Movimento 5 Stelle”, it was possible to observe that voters of these parties were significantly guided in their opinions on some issues. In our case, we analyzed three issues: the house tax (IMU), rights of gay couples and finally electoral reform.

The experiment, which I, Aldo Paparo, Ted Brader and Joshua Tucker worked on, was carried out through a telephone survey in which we administered a questionnaire to a representative sample of the Italian population. In the first part of the questionnaire, we asked a set of questions to understand the political orientations of the respondent and to identify, indirectly, the party she preferred over the others. In the second part of the questionnaire, we implemented an experimental design, as used in natural sciences: in half of the sample (the so-called “control group”) we simply asked the respondent her favorite position (from four possible positions) on the three issues previously seen. Based on the positions chosen, we then calculated ex post the “respondent-party consistency rate “, i.e. on how many issues the respondent actually went on to choose (without the party being mentioned) the position preferred by her own party. In contrast, respondents of the “treatment group” (the group subject to the experimental treatment) were similarly asked about their preferred position, but this time explicitly mentioning which party supported each position, providing what is called a partisan cue. In this case, the respondent is able to recognize her preferred party, thus with the possibility to conform to the position endorsed by the party, choosing a position that perhaps she would not have chosen otherwise. Consequently, by comparing the “respondent-party consistency rate” in the control group and in the treatment group we are able to see if, all things being equal, the explicit mention of the party tends to push the respondent to conform to the position of his party, thus quantifying the effect of the partisan cue. And results are truly remarkable: on average (across all parties and all topics) we observed an consistency rate increase of 18 percentage points in the treatment group compared to the control group. The mention of the party therefore pushes almost one in five respondents to choose a position they would not have chosen otherwise. The effect differs for the various issues but is consistently notable: it is 13 points on gay couples, 17 points on IMU, and a whopping 25 percentage points on electoral reform. The latter figure is in some ways understandable: on a complex and technical issue such as electoral reform, it is not so surprising that a respondent relies more on his favorite party; but the fact that an important effect is also maintained (13 points) on a conscience theme such as gay couples (on which citizens are assumed to have an independent opinion) suggests that people use parties a lot as cognitive shortcuts: more than we would have expected.

The research is dedicated to the Italian case but is part of a strand of research that has studied various other international contexts. In general, the innovative aspect of our research is that it is the first such research carried out in a multi-party system (as opposed to a two-party system, such as the United States), and that it has used real-world issues, taken from a real election campaign. In this sense, we broke new ground: thus far, research with real election campaign issues has only been carried out in the United States. And the American case is somehow unique: it is not surprising to find important effects there, given that the two large parties are ancient and have produced decade-long, deeply rooted identities. Conversely, studies conducted on more fluid multi-party systems have so far employed only artificial issues, invented specifically for the experiment, with results that are thus less generalizable to a real context. In this sense, our study, based on real-world issues in a multi-party system, is a unicum, and it is no coincidence that it was later published by a leading journal such as Political Psychology. Another reason for this is because – in addition to these two characteristics – we also had the peculiarity of capturing a moment in which two almost entirely new parties presented themselves: a highly unfavorable context for the presence of important effects of party influence. Indeed the expectation, shared by our American colleagues, was that we would not find particularly large effects: all the more reason for which the actual results were instead surprising. Consequently, our study has also acquired further importance from a comparative perspective, managing to document relevant effects using real-world issues in a fluid multi-party system such as that of Italy in 2013 (where a new party came first in its first electoral test).

This research is topical with respect to the functioning of contemporary democracies and, in some ways, it also gives us reassuring results on our ability to have an effective and manageable democracy. In recent times, political commentators have often spoken of the risk of overloading our democracies: citizens express increasingly demanding questions, increasingly complex problems must be addressed, but at the same time there is less trust in political parties and therefore less capacity to rely on parties for effective solutions. This poses the problem of the effectiveness of democracy because, upon being faced with the complexity of today’s problems and the need to find solutions, there is always the risk that citizens will not accept the proposed solutions and will be tempted by populist shortcuts. In fact, our research tells us that this risk is perhaps overstated. On the one hand, it is true that on very salient issues citizens often have clear opinions; they are demanding and want clear positions and solutions from political parties. For example, nowadays there are issues of paramount importance such as those relating to economic protection, immigration and of course (given the present context) those related to the management of the healthcare system. However, research such as ours has clearly shown that once parties manage to build relationships of trust with their electorate – based on the ability to answer these highly important questions – they then have a trust capital to guide voters on other issues, conveying opinions and political proposals that are actually absorbed by voters. This probably happens less on more controversial key issues, but nevertheless offers important leeway on all those other issues that politics has to face every day. Consequently – as long as they answer some key issues – politics retains an ability to guide citizens, who are still willing to give their trust on many issues. Obviously, this requires that the parties, above all else, build relationships of trust with their electorate. But once this is done, our research shows that the voters of a certain party often use it as a guide to form opinions on the many topics with which they are unfamiliar.

The Sardine movement is, to my mind, the clearest expression of a need that is not represented. In this specific case, the need for politics to not only express pragmatic, rational policy proposals, but also a testimony of values. Values possess an unimaginable communicative ability, because – in their close relationship with emotions – they reach, in a very powerful and universal way, even citizens with low levels of education and interest in politics. In the Italian center-right field, the demand for value representation is currently quite satisfied because leaders like Salvini and Meloni use forms of communication that are pragmatic and rational but also highly emotional, and these leaders do not miss any opportunity to underline the fundamental values that their electorate  wants to see represented (and  certainly appreciates). In the field of the Italian center-left, conversely, in recent years we have witnessed an increasingly pragmatic, rational, policy-based political communication and practice, of a rather “cold” nature (and thus capable of reaching only interested and educated citizens), while forgetting that politics also concerns a testimony of values, feelings, emotions. My impression, therefore, is that the “Sardine” have brought to the fore a great demand – thus far unanswered – for the representation of values in the center-left field, namely values related to participation, equality, acceptance and inclusion. The problem is that the “Sardine” are not a party, and the real answer can only come from the parties. Paradoxically, to relate the Sardine phenomenon to the results of our research, rebuilding a bond of trust with one’s electorate through values could even give parties greater freedom to maneuver on many policy issues. We will see if those parties manage to take up this challenge, which also represents a clear opportunity.

“Where You Lead, I Will Follow”: Partisan Cueing on High‐Salience Issues in a Turbulent Multiparty System 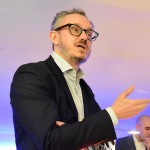 For a long time, Western Europe was a land of stability for parties and party systems. In the late 1960s, Lipset and Rokkan even qualified these party systems as ‘frozen’, in that the respective party landscape reflected a more or less unchanging environment over the previous 40 years. The last decade has shown a radically different story, with unparalleled changes occurring in different areas.