Cultural heritage has a ‘dual nature’. It is means of directly creating and expressing political and cultural identity through places, objects and practices that are given special significance. But it is also a means of attracting consumers in sectors such as tourism, food and wine, whose promotion and protection are linked to identity.

Both aspects are vital for Europe.  ‘Identity’ is at the core of debates about the future of Europe, linked to issues of integration, the role of the EU, nationalism, regional autonomy, and migration. Equally, markets linked to cultural heritage represent major growth areas for Europe. Tourism alone represents at least 10% of the EU’s GDP and millions of people visit museums, historic buildings and cities, while ‘traditional’ food and wine offer expanding high value markets.

The EU has engaged in policies concerning both aspects of cultural heritage. It has sought to create its own cultural heritage.  It has established EU public symbols such as the EU anthem and flag.  On European Heritage Days usually in September, historic buildings and cultural artefacts throughout Europe are made available for public viewing. European Cultural Routes provide paths and pilgrim routes. The selection of ‘European capitals of culture’ is perhaps the best known project that involves selecting places, although a ‘European heritage label’ also exists for sites that “celebrate and symbolise European history, ideals and integration”, such as Robert Schuman’s house or a museum for Alcide De Gasperi. Financial support for projects comes from the Creative Europe programme.

On the second aspect, the EU has also taken an increasingly active role. It has linked cultural heritage and markets as part of debates concerning competitiveness, development and markets. It has accepted ‘cultural exceptions’ to market rules. Thus under the Maastricht Treaty, exceptions to state aid rules were allowed “to promote culture and heritage conservation”, which was widened in 2014 to include natural heritage. In international trade negotiations, it has sought to protect the audiovisual sector, especially against American competition. It has introduced a regulatory framework for cross-border trade in artistic objects and for their return if illegally exported. The 2014-2020 Creative Europe programme saw a marked turn towards economic objectives as it sought to “strengthen competitiveness in the cultural and creative sectors” and underlined the direct and indirect economic value of cultural heritage thanks to its impact on other sectors, notably tourism. Indeed, billions of euros in the European Regional Development Fund have been allocated for different forms of culture. Labelling of food and wine has been used to protect and promote origins and traditional techniques.

What have been the impacts of these policies? For the first group, the EU’s cultural heritage events have attracted large numbers of citizens- for instance, up to 20 million people may take part in European Heritage Days. More than 50 capitals of culture have been selected since 1985 and selection has been a significant element in strategies to develop and regenerate certain cities such as Matera (2019). Symbols such as the flag or anthem have become taken for granted in many EU member states, forming part of ‘banal Europeanness’- i.e. just accepted rather than challenged. Yet initiatives to create an EU identity have met strong limitations. The EU has pursued a strategy of ‘unity in diversity’, failing to create a strong specific EU identity. There is no overarching EU legal definition of cultural heritage. The claims of “the shared heritage” conflict with the emphasis on “diversity”. But perhaps most important of all, the EU has failed to create a cultural heritage that belongs clearly to the EU and not Europe in general or European states and regions. Europe is not identified with the EU – or at least, not yet or sufficiently strongly. Indeed, many of the cultural initiatives such as the European Heritage Days, European Cultural Routes  and Capitals of Culture were started by the Council of Europe, based in Strasbourg, established in 1949 and with a wider membership than the EU, and continue with the Council and EU as partners.

The second group of policies seem to be growing and to have greater potential for EU identity creation. They involve visible decisions by the EU, in terms of spending but also regulation. They require legal definitions of elements such as a cultural good. But most important of all, they clearly offer EU values that involve exceptions to or shaping of competition. Hence, they stand in contrast to dominant neo-liberal arguments that competition should be maximised and instead suggest that there are other values and aims that should be pursued. In the current climate, this is attractive.

Shaping markets to promote cultural heritage offers the EU opportunities to both articulate a distinct set of values and promote economic growth. But presents major communication challenges as it is legal, technical, and complex. The difficult paradox is thus that the EU is most effective in governing markets but although these activities are linked to identity, they are often difficult for citizens to identify with.

The state and historic buildings: preserving ‘the national past’

Direct and market governance paths for the creation of an EU political identity: cultural heritage policy 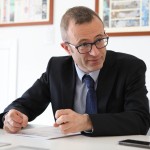 The happy clone. Or why the doubts on the scientific progresses of cloning are not convincing from a moral point of view

A group of Chinese scientists has managed to successfully clone the first non-human primate. The production of two genetically identical macaques has revived the debate on cloning: between apocalyptic scenarios and ethical dilemmas, Gianfranco Pellegrino tries to clarify the issue and to erase unfounded concerns

Barbwire, tanks, apricots and the borders of our garden

In this column Gianfranco Pellegrino thinks about the deep origins of borders. They are part of nature or a convention? An idea, a value or an ideological dream?