The future is efficient Algorithms for harnessing networked Data

Many of today’s applications are based on large-scale networks, having more than billions of nodes / edges. Several other applications have to deal with big data sets: although in principle those massive data sets are not necessarily networks, they often feature a strong linked nature so that they also exhibit an underlying implicit network structure. The goal of the AHeAD research project is to produce new powerful algorithmic tools to handle massive network analytics, providing scientific groundwork and technological advances for processing and visualizing massive, streamed and dynamic networked data. The project – funded by the Italian Ministry of University and Research as a PRIN project and carried out by a highly qualified and integrated consortium of research units, coming from Luiss University, University of Padua, University of Perugia, University of Pisa, Sapienza University of Rome and Roma Tre University – is investigating novel algorithmic techniques and it is applying the new algorithmic findings especially to the domain of social networks. A particular emphasis is given to the design of effective visualization algorithms that are capable of scaling to networks with millions / billions of entities and links. We believe that this represents a crucial step in the development of powerful visual interfaces, which as of today is still a scientific challenge.

How to engineer new algorithms for social networks

Achieving those objectives requires a quantum leap in the design and engineering of algorithms: the sheer size of the data as well as their networked and evolving nature pose new algorithmic challenges, which are currently addressed along two different trajectories:

As a consequence of this approach, the expected results of AHeAD are not only of theoretical nature, but they also include practical implementations, experimental validations, tools and systems to support structural and visual analytics of social networks, with real-life applications to different domains, including finance, intelligence, and security. This is currently serving as a “delivery point” of the new algorithmic techniques developed in the project outside the research community.

Algorithms of industrial and social interest

The algorithmic methodologies developed in AHeAD have a high potential to make a scientific, industrial, and social impact in several ways. In particular, AHeAD is advancing the state of the art in algorithms for massive networks. In particular, AHeAD is contributing to new research paradigms for network analysis and visualization, and it is currently developing new methodologies capable of scaling algorithms to massive networks, and new improved algorithms for extracting more knowledge from data. On the other side, the visual analytics algorithms and tools developed in AHeAD are likely to be of industrial interest, as they can provide deep insights for many critical tasks and can help many businesses in making smarter and data-driven decisions. The algorithm engineering activities carried out in AHeAD are contributing to the accelerated transfer of advanced algorithmic technologies to social network analytics through the production of robust algorithmic codes that can be easily deployed outside academia. Finally, the algorithmic methodologies for massive data developed in the project AHeAD are already making a social impact in several ways. For instance, our close collaborations with Law Enforcement Agencies and the Italian Revenue Agency may ensure that the network analysis tools developed in AHeAD can support police officers in their investigation of (criminal) social networks, while human-centered visualization tools for tax evasion discovery can support tax officers in their risk analysis activities. 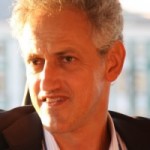 Giuseppe Italiano is Professor of Computer Science at Luiss University

Data as multi-dimensional and cultural artefacts. Their impact on the contemporary society

Many of the changes that mark contemporary societies have increasingly been linked to the ways by which computing and communication technologies have and continue to become integrated into the lives of people. An analysis about the control of data