For a long time, Western Europe was a land of stability for parties and party systems. In the late 1960s, Lipset and Rokkan even qualified these party systems as ‘frozen’, in that the respective party landscape reflected a more or less unchanging environment over the previous 40 years. The first signs of instability appeared in the 1970s, when green and radical right parties emerged. However, still at the end of the 2000s, the picture of Western European parties and party systems was very much the same a time traveler would have encountered immediately after WWII.

The last decade has shown a radically different story, with unparalleled changes occurring in different areas. First, voters have become much more prone to shifting their party preference between elections than in the past. Second, new parties, which mobilize new issues and conflicts, and even challenge the fundamentals of liberal democracy, have successfully emerged (among them, the Five Star Movement in Italy, Podemos and Vox in Spain, Alternative for Germany in Germany, La Republique en Marche in France, the United Kingdom Independence Party and the Brexit Party in the UK). Third, as a result of these massive changes, political elites have encountered increasing difficulties in forming governments (see, for example, the prolonged government crisis in Belgium in 2010 and in Spain over the 2015–2019 period) and early dissolutions of parliaments (e.g., Greece and Spain have experienced five general elections in the 2010s). Finally, innovative coalition governments with unprecedented party alliances have occurred in most countries, in different ways: 1) an innovative coalition built by mainstream parties to hold power (like the current ӦVP-Greens cabinet led by Sebastian Kurz in Austria); 2) bringing challenger parties into power as junior coalition partners (e.g., Podemos in the cabinet led by Pedro Sanchez in Spain); 3) launching seemingly odd governing alliances (as the Five Star Movement-League cabinet in Italy after the 2018 general election).

These phenomena call into question the concept of party system (de)institutionalization, which refers to the level of (in)stability and (un)predictability in the patterns of interparty competition over time. This concept has been widely used in contexts of unstable or newly formed democracies, such as those of Latin America and Central and Eastern Europe, where the progressive institutionalization of the party system has been associated with democratic consolidation. Conversely, there has been a lack of systematic studies regarding Western Europe, where the presence of stable and predictable patterns of interactions among political actors has been generally taken for granted for a long time. However, I deem that, as a process that can undergo trend reversals, it is time to put into question the alleged institutionalization of Western European party systems.

My research has three main goals: 1) understanding whether and to what extent Western Europe has been experiencing a process of party system deinstitutionalization; 2) detect what are the factors driving such process; and finally, 3) what are its consequences on the functioning and quality of democracy.

The research aims to offer a systematic account of party system institutionalization (PSI) and puts forward a comprehensive cross-country and cross-time comparison. Unlike previous studies shedding light only on specific aspects of party system change (e.g., electoral volatility or patterns of alternation in government), this research focuses on all the arenas where the level of stability and predictability of interparty competition can be detected, namely the electoral, the parliamentary, and the governmental ones. To do so, I have developed a synthetic index of PSI that combines indicators taken from some original datasets (some of which are already publicly available) encompassing different aspects of PSI, such as electoral and parliamentary volatility, new parties’ electoral and parliamentary success, patterns of government alternation and innovation of governing formulas.

Moreover, to test the determinants of PSI and its consequences on democracy, I have collected data on various contextual and systemic features (cleavage structures, state of the economy, political-institutional variables, indicators of democratic standards and citizens’ satisfaction with democracy) from various publicly available sources (e.g., the Comparative Manifesto Project, IDEA, Eurobarometer, V-Dem). Overall, my research covers 20 Western European countries after 1945, with almost 400 elections and legislatures and 700 cabinets taken into consideration.

The empirical analysis reveals that the key feature of Western European party systems in the last decade has been a shift towards instability. With the exception of Portugal and the three small polities of Cyprus, Luxembourg and Malta, the other Western European countries – and especially France, Greece, Iceland, Italy, and Spain – have shown a clear pattern of decline in the level of institutionalization in the 2010s compared to previous decades. Contrary to what emerged in other studies focusing solely on electoral change, short-term factors, such as turnout change, and the 2008 Great Recession are not the main sources of deinstitutionalization. Rather, they worked mainly as catalyst of long-term factors, such as cleavage strength and the birth year of a country’s democracy. The latter indisputably play the lion’s share, as countries with resilient cleavage structures and longer democratic experience show stronger antibodies that help to preserve the stability and predictability of interparty competition. In other words, this process comes from afar, although it has been accelerated by the impact of the 2008 Great Recession. Finally, the deinstitutionalization of party systems in Western Europe turns out to bring about negative consequences for the very quality of democracy. Indeed, the analysis shows that party system deinstitutionalization causes a decline in the citizens’ satisfaction with the way democracy works in their countries and even an erosion of the ‘objective’ democratic standards.

In a nutshell, Western Europe, once seen as the land of stability and the cradle of democracy, may have become the land of party system deinstitutionalization and incipient democratic backsliding. In this context, the political consequences of the current pandemic and the inevitable economic crisis that is going to break out in Western Europe are still unpredictable in their scope but are likely to make our times even more turbulent than before. 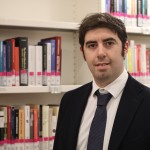 Anything Goes. Electoral Strategies for the New Millennium, with a Lesson for Italy

The Director of the Italian Center for Electoral Studies at LUISS, Lorenzo De Sio, presents an analysis of the new strategic guidelines for leaders and parties, in a political landscape of big change