Contemporary social theory as well as political and cultural debates focus much on the role religion should play in public life. In the American context, debates fundamentally concern the public role of religion in a multicultural environment, searching for what John Rawls called an ‘overlapping consensus’ in support of the American version of liberal democracy. In the European context, the underpinning value of religion for modern democratic tradition came to the fore as an object of public debate in the context of the writing of the European Constitution. In 2004 the topic was famously taken up in the momentous debates between Jürgen Habermas and Joseph Ratzinger, then Cardinal. More recently, in the apparently ever-less religious West, Christian identity has proven to be a focal point for right-wing populist discontent. However, and without a doubt, at the global level the overshadowing focus has during the last decades been on Islam and its relationship with modernity and democratic political arrangements.

In this general scenario, there is one context-specific debate that ought to stand as a crucial reference point for a larger reflections on religion, secularity and modernity, both because of its intrinsic importance, but also because of its comparative resonance: the case of Italy, symbolic home of the Roman empire and birthplace of institutionalized Christianity developing in deadly contest with and within that empire; Italy, birthplace, a millennium later, of the European Renaissance, that historical period of intellectual, political and artistic achievement developing out of the search for balance between Christian tradition and Greek culture. Since the demise of the Renaissance, the Italian peninsula hosted some of the fiercest battles between religion and secularity in Western history, from Giordano Bruno onwards. This tension was carried into the formation of the modern Italian state (1861), first during the decades preceding Unification where condemning and celebratory attitudes towards the French revolution and its radical secularity were pitted against each other in the Italian Risorgimento, and then, from 1870 (when the temporal power of the Pope ended and Rome became capital of Italy), as an integral part of liberal and secular Italian politics, co-existing in hyper-tension with the Vatican. Italy constitutes a theoretically challenging case study, for the simple reason that the country embodied the institutional hierarchy and spiritual centre of Christianity. The only real comparison to this situation is perhaps Turkey; but whereas Turkey in the 1920s abolished the Caliphate and erased any representation of a universal, extra-territorial organization, in Italy things developed very differently. And yet, if one disregards the enormous literature on Italian fascism—famously analyzed as a ‘political religion’ by historian Emilio Gentile—the case of Italy has simply never made it to the heart of the theoretical debates over religion, secularity and modernity

To fill this important gap, Danish social theorist Bjørn Thomassen and I are working on a manuscript provisionally titled Italy’s Christian Democracy, which is under contract with Oxford University Press. Our research discusses how Catholic ideas have framed hermeneutics of democracy and political modernity in Italy, tracing continuities and changes in the tension between religion and secularism in the country’s history from the French Revolution to today’s post-secular world. In this timeframe, Italian Catholic positions developed from radical rejection of political modernity to hesitant embracement and finally to critical co-articulation of the modern democratic project. As opposed to a purely secular reading, we wish to demonstrate how the Catholic embracing of political modernity emerged as a historically significant alternative to both socialism and liberalism, one that re-incorporated transcendence as a legitimate perspective of truth and re-anchored democracy, justice, and freedom in a religiously argued ethos. The institutionalization of Christian Democracy in the wake of World War II played a huge role in this transformation that lead to such an alternative political spirituality.

Combining historical research and anthropologically inspired interpretation. Italy’s Christian Democracy foregrounds aspects that are problematically absent in the existing literature on the theme: the power of historical events as transformative experiences, and the question of transcendence and spirituality. Spirituality here means not an intimate essence but rather, in a Weberian sense, a combination of culture, lived experiences, and mentality that eventually shaped political activities and choices. Catholic Italian politicians and intellectuals were existentially committed to translating the ethos of the Gospel into a guiding device for persons and communities. For them, transcendence turned into something much more than an abstract principle. It rather emerged as a a new marker of certainty that grounded and directed their political actions. Scholars cannot simply treat Catholicism and Christian Democracy as a set of ideas or a political philosophy, or a series of practices, disregarding the content of religion and the historical experiences from which changes and transformations emerged.  In short, experience matters, but so does, following Weber, the way in which a religious ethic was seized by historical personalities, and with a stamping effect on subsequent historical developments.

Drawing on a range of sources—official documents, diaries, letters—Italy’s Christian Democracy examines political ideas as symbolization of lived experiences. It focuses on background experiences of Catholic politicians, and on how these experiences created in individuals new state of consciousness, meanings, and symbols that shaped their political beliefs and actions. Our work, which is scheduled to appear in 2021, will enrich the specialist literature on Italy, and will provide scholars with a new perspective on the role of religious politics in today’s global world. 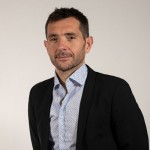