Europe trade policy and multilateralism: the perspective of a new, deeper and broader idea of reciprocity

The world’s main trade powers are facing alternative options in the context of WTO -DDR deadlock. To understand them we should focus on background, development and achievements of the EU new trade policy, and especially its understanding of the “second generation of free trade and  arrangements”, which are in fact standard-upgrading agreements and  “regulatory arrangements”: Here, we consider CETA with Canada, trade agreements with S-Korea, Vietnam, Japan, MERCOSUR, including the proposal of replacing the ISDS conflict-setting mechanism, as well as on the ongoing negotiations on trade and/or investment regulation with other relevant partners, including the Comprehensive Agreement  on Investments with China.

The EU perspective of a new, deeper and broader idea of reciprocity opens the door to new understandings of trade’s cultural impact, on the one hand, and, on the other, on multiple and various forms of cooperation reviving multilateralism by new ways.

For many decades, trade was the main driver of global economic growth. But now that is no longer the case. The current administration in the United States has reacted to novel circumstances, including especially the emergence of trading powers such as China and the EU, by disrupting the global multilateral trading system—e.g., by boycotting the WTO and starting trade wars. According to some American scholars, including Ikenberry and Deudney (2018), the country’s new approach runs counter to its traditional commitments to multilateralism and free trade   Secondly, China, the main country benefitting of the relevant globalization wave following 1989 and its WTO membership is not very much interested to a true WTO reform addressing new issues and  in particular the weight of state-subsidies, digital economy, public procurement, rule of law, and the consequences of sustainable development for human  and labor rights

The EU is reacting to the stalemate of WTO negotiations by starting a new trade policy based on the Lisbon Treaty comprehensive approach to external relations and its consequences. Analysis and comparative assessment of the EU recent trade arrangements with Singapore, South Korea, Vietnam, Japan, Mexico, Canada MERCOSUR and the ongoing negotiations with China ( CAI), Australia, New Zealand. 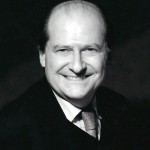 An interview with Giuseppe Melis about the blacklist of non-cooperative third country jurisdictions adopted by the European Union in 2016.

From ‘doom loop’ to ‘boom loop’

Draghi’s quantitative easing has been a determining factor in breaking the ‘doom loop’ between weak banks and weak Countries. Now, after the extraordinary monetary policies, there is a development cycle stronger than before, as in the case of exports and capital flows