A Common Law of International Trade?

Your paper opens with an intriguing question: are we or are we not moving towards a ‘common law of international trade’? Could you briefly explain the analyzed historical path that has brought us to what is known as the “convergence thesis”?

Certainly, with pleasure: the idea of a convergence between EU and WTO law arose at the end of the 1990s when it looked as if the interpretations given to the free movement of goods provisions in both legal orders were becoming similar. A few years earlier, the European Court of Justice had given its celebrated Keck-judgment (CJEU, judgement of 24 November 1993), which had re-introduced a GATT-like discrimination test for certain types of measures; while some WTO Appellate Body decisions seemed to reference some EU law developments in the GATT jurisprudence. The confluence of a more deferential approach to trade restrictions in the EU and a more “integrationist” rhetoric to the free movement of goods provisions in the WTO was seen by some scholars as a sign that the EU and WTO legal orders were “converging” and that a “common law of international trade” was emerging.

Do you agree with Weiler’s construction of the historical evolution of the EU internal market, starting from his interpretation of Dassonville, the case on which his entire theory depends?

The idea that Dassonville (CJEU, judgment of 11 July 1974) represents the most integrationist case in the history of the EU internal market is based, in my view, on a fundamental mistake. As some of my earlier work has attempted to show, this is a serious misconception that makes all subsequent cases, including the seminal Cassis de Dijon (CJEU, judgment of 20 February 1979), appear as ever-increasing limitations to Dassonville! This is where Weiler’s idea that the EU internal market is re-converging with the international law of GATT comes from. Such a perspective changes radically, however, if Dassonville is shown to be a “moderate” GATT-like case, with Cassis de Dijon revolutionizing the EU legal order in the 1980s and early 1990s. And as any internal market scholar today knows, even the Keck limitation to that development in the 1990s was eventually abandoned a decade later and the EU internal market today is considerably more integrated than ever before. With the GATT staying pretty much were it always has been, convergence is thus the opposite of what has actually been occurring.

Any academic interpretation that believes it can concentrate on a few cases, look for some similarities in the judicial rhetoric, and subsequently construct a grand narrative out of these cases opens itself up to criticism – not just historical criticism but also legal criticism. Instead of the painstaking work of jurisprudential reconstruction, such theoretical scholarship tries to immediately take a birds-eye view; yet in doing so, it can at best only generalize and build upon the academic status quo – without ever asking whether what it considers to be the “facts” is truly what happened in the past… The reason why the Weiler interpretation has nonetheless become so commonplace is, to paraphrase Hobbes, that it is often not truth but authority that makes an interpretation dominant.

In light of your studies and of what you have discussed in your paper, how do you respond to those who ask if a ‘common law of international trade’ has emerged? Can you explain the main reasons behind your position on this?

To me, there is a simple and clear answer: no, there is no convergence between EU law and WTO law; neither in terms of their legal form, nor in terms of their substantive solutions as regards international trade. The two legal orders have fundamentally different social and legal contexts, because the EU internal market is embedded in a broader legislative and political project (whereas the WTO is not). For example: a core principle of EU trade law is the principle of mutual recognition, which could – in my view – never be legitimately transposed into the WTO context. Given the absence of any legislative power within the WTO legal order, the latter could not and should not be as far-reaching in terms of negative integration as the EU legal order.

‘Re-constituting’ the Internal Market: Towards a Common Law of International Trade?* 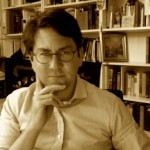 An interview with Giuseppe Melis about the blacklist of non-cooperative third country jurisdictions adopted by the European Union in 2016.

Europe trade policy and multilateralism: the perspective of a new, deeper and broader idea of reciprocity

“The EU perspective of a new, deeper and broader, idea of reciprocity opens the door to new understandings of trade’s cultural impact, on the one hand, and, on the other, on multiple and various forms of cooperation reviving multilateralism by new ways”. An Analysis by Mario Telò about the Europe trade policy and multilateralism